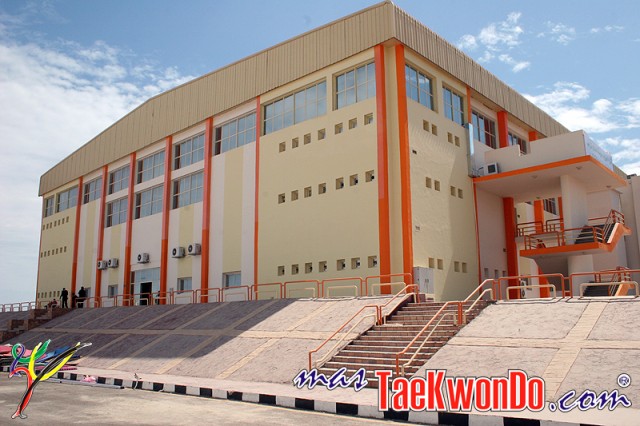 The 9th WTF World Junior Taekwondo Championships will kick off on April 4 for a five-day run at the Sharm El Sheikh Covered Hall.

The biennial championships will draw a total of 749 athletes, including 419 females, and 426 officials from 93 countries on an entry basis.

“Everything is going well as scheduled and we are ready for the championships,” said Hussam Morsy Kamal, president of the Egyptian Taekwondo Federation.

He said, “We, as organizers, promise to do our best to provide a high-quality championship and we ensure that every participant will win by joining the tournament.”

“I expect the championships will serve as an opportunity for the youth to display their skills to the full and also to exchange friendship among the youth from all parts of the world,” said WTF President Chungwon Choue.

The five-day event will feature 10 weight divisions, ten for men and ten for women. A protector and scoring system and an instant video replay system will be used at the championships to ensure a maximum fairness and transparency in refereeing and judging at competitions.

On April 2, two days before the opening of the championships, there will be the WTF Council meeting and the head of team meeting and drawing of lots. The WTF General Assembly is scheduled on April 3.

The opening ceremony of the championships will take place at 5 p.m. on April 4.