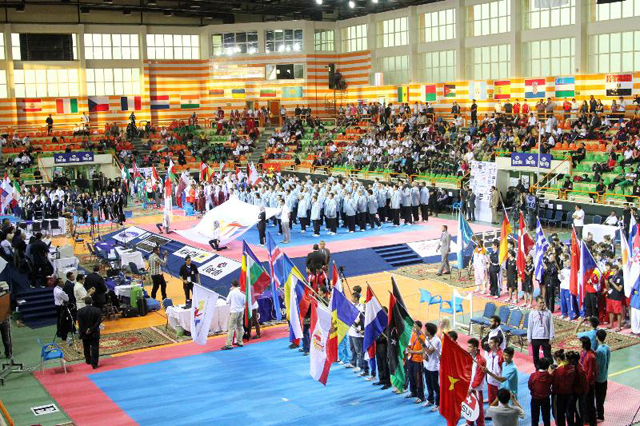 Korea clinched two gold medals and one silver medal on the opening day. Russia took home one gold and one bronze medal, while Chinese Taipei won one gold medal.

In the men’s +78kg division, Korea’s Yong-sik Kim earned his country the gold medal, while Turkey’s Ensar Uguz had to settle for the silver medal. Poland’s Michal Jozwiak and Russia’s Rasul Taubolatov shared the bronze medal in the category.

In the women’s +68kg division, Russia’s Alexandra Potapova earned her country the gold medal, while Serbia’s Ana Bajic had to settle for the silver medal. The bronze went to the United States’ Crystal Weekes and Turkey’s Nafia Kus.

In the afternoon, there was an opening ceremony of the World Junior Taekwondo Championships.

The opening ceremony drew, among others, Maj. Gen. Khaled Fouda, governor of South Sinai, and Dr. Amr Khairy of Egypt, the silver medalist in the middle weight at the 1988 Seoul Olympic Games, the bronze medalist at the 1992 Barcelona Olympic Games and the gold medalist at the 1989 World Taekwondo Championships. At the opening ceremony, WTF President Chungwon Choue presented them a plaque of appreciation for their contribution to the development of taekwondo. 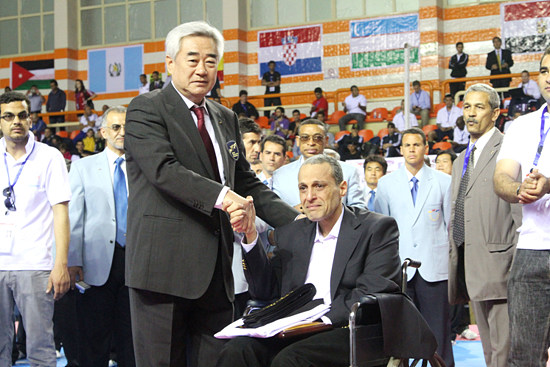 “This year is about youth and their hope and dreams. The WTF’s mission is to reach out and give our youth, like the athletes here, a bright future,” said WTF President Chungwon Choue in his opening speech. “We will inspire them. We will help them. And we will give them the hope that is rightfully theirs.”

WTF President Choue said, “Because the dreams of our athletes are so important to us, we have done everything to be sure that WTF championships are as fair and transparent as possible.” “We have selected the best referees in the world to be here in Egypt. We continue to use the protector and scoring system, and instant video reply to limit any mistakes.”

“These same improvements will not stop here. For the first time in taekwondo’s Olympic history, these will be used in London,” he said. “The WTF wants to be sure that this taekwondo’s most successful Olympics ever and secure our place on the Olympic program.”

“Taekwondo continues to grow and reach around the world. Our family has grown now to 201 members, making us one of the most universal sports on the Olympic program,” he said. “Today as we look at our youth here, we see how far we have come, and we can see how far we will continue to go.”

WTF President Choue said, “To our young athletes, I say to you, you are the heroes of our sport. It is you that inspire us and you that inspire the world of sport. And it is for you that we work hard to achieve great things.”

“I ask you to always have pride in yourself. Respect one another and everyone you meet in your life. Be dedicated to your families and to your communities,” he said. “And never forget that any action that you make can give hope to so many who need it. You all have the ability to bring light to dark areas of the world.”