US Open is a champion’s factory. A convincing proof is Carlos Navarro, the actual Junior World Champion. With his victory on February 21, he sums up 5 gold medals earned at US Open! Without doubt this is one of the tournaments that best fits the young Mexican fighter that has also just recently won the Sweden Open. 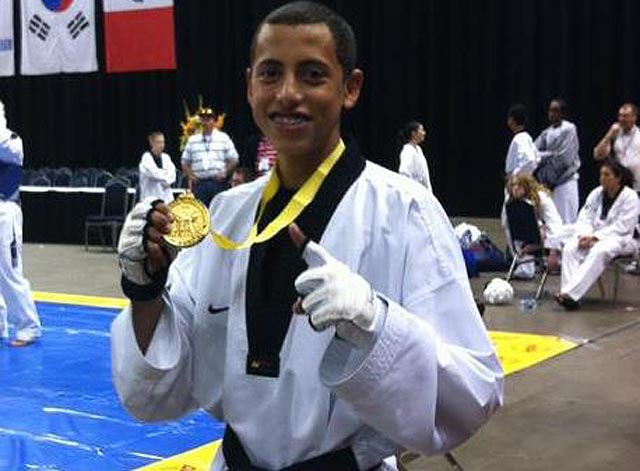 With a huge and permanent smile, Carlos is not only a champion in taekwondo. He provides spectacular matches full of emotion to the public. Just a few months, he gave us an exciting victory in the last seconds in order to obtain his ticket with the Mexican National Team for the World Championships in Egypt.

Always accompanied by his family, Carlos Navarro is a clear example that how the healthy involving of parents in their children’s activities always pays off. Carlos’s father is a teacher that clearly understands the importance of supporting young people and parent involvement.

Exclusively for masTaekwondo.com, Carlos Navarro gave us the following interview:

Hello Carlos, where were you born?

How old are you?

What are your achievements in TKD?

What do you currently do besides TKD?

What are your short, medium, and long term goals?

Medium-term: Incorporate in the senior division.

Competition, but also its principles like humbleness, respect, perseverance, and honor.

What is the most complicated thing?

Combining the sport with my studies because sometimes, test and competitions occur at the same time.

Who is your favorite taekwondo male athlete?

Who is your favorite female taekwondo athlete?

Why are they your favorites?

Because of their winning mentality.

What is your favorite technique in TKD? 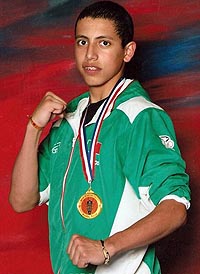 How do you define your style in the tatami?

How is the life of an athlete that fights for one country but lives in another?

I live in Dallas, Texas, United States but I am in constant communication with my Federation in Mexico, I train part of the year in the United States and the other in Mexico. As an athlete and as a young person, I have had the opportunity to acquire both cultures (language and customs).

What is your family’s role in your sport life?

If you could give only one advice to a young athlete, what would you say?

That they should never give up and, “If you can dream it, you can achieve it”

What is your opinion about the changes in TKD and the competition system?

It’s a sport that is in constant evolution and that we have to be opened to and prepared to adapt to these changes.

Anything else that you want to add?

I would like to send an affectionate greeting to my Taekwondo teacher Angel Ortega Soto from Mexico, also to my coach from the United States Master Greg Tubbs and to my coaches and teammates from the Mexican National Team. I also want to thank the Taekwondo Mexican Federation and to Mr.  Juan Manuel Lopez for all their support. I send you all greetings and invite you to visit my webpage www.carlosnavarro-tkd.com.