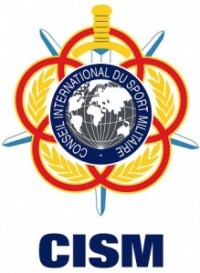 A big controversy was generated in mid-January 2012, when the organization of the World Military Taekwondo Championship to be held in Ho Chi Minh, Vietnam, between October 19th and 26th of this year, requested the approval of the World Taekwondo Federation and on the other side they informed about the news that the competitions of the ITF Poomsaes will be included.

During this opportunity masTaekwondo.com directly communicated with the WTF and was informed that the General Secretary Jin Suk Yang had sent a letter to the Organizing Committee where he let them know that if the ITF modality would be kept, that this event would not be part of the World Federation (WTF) official calendar. (See Note)

During the Korean morning of Friday February 17th, Ms. Jung-ae Park of the Sports Division of the WTF, contacted masTeakwondo.com to spread the news in which the CISM Taekwondo Sport Committee once again requested the approval of the WTF forwarding the official invitation where the modality of the ITF Poomsaes was removed, therefore the WTF sent to all the MNAs (Members National Association), a letter reporting that the “20th CISM World Military Taekwondo Championships” will be supported and will add points to the World Ranking as G1.