A few years ago the only opportunity of learning from new people in our schools was tournaments and dual meets. The learning was very limited. Recently, it’s very common to go to camps that last one, two, or even three days and that in theory should be a great opportunity to obtain new experiences. It’s not always this way. That’s why we should be very selective when we choose these types of camps.

Last week I had the opportunity to participate in a camp that took place in Dallas, Texas, organized by the USA’s national team coach Juan Moreno. The camp lasted 2 days and took place in three locations: A big ballroom in the hosting hotel, the wonderful and super modern Dallas Cowboys Stadium and the immaculate and super organized school of Master Cha in Coppell, Texas (http://ntasports.com/).

This camp was very attractive and well structured. The first day, Juan Moreno gave short motivational speeches while he evaluated the general and individual abilities of the group (100 athletes) using situation drills and a little bit of sparring. Juan Moreno’s assistants were always monitoring and helping the athletes. The second day, the journey began with an extensive warm-up practice applied to taekwondo on the same field were the Cowboys play. The exercises that took place here are very similar to the ones that the athletes in the national team practice. When the students were ready, Juan Moreno explained the objectives of the next part of the training. Before practicing each technique, Juan Moreno modeled and explained the importance and utility of those drills. When the students did the situations that Master Moreno had explained, the national team coach himself and his staff gave personalized support and instruction to the athletes. The athletes had a real opportunity of experimenting situations that only high performance athletes know and practice.

In the afternoon, the camp moved to a Taekwondo School. After the warm-up, it was time to practice the concepts learned during that day. An additional attractor was that the Daedo electronic scoring system would be used. For a lot of the participants this would be the first time that they used the electronic feet and chest guards with sensors. It was a complete success. Juan Moreno and his team observed the matches and reminded the athletes of the techniques revised in the morning. There was also a section for sparring with regular chest guards. In this area of the school, the students practiced the techniques learned without the pressure of the points in favor or against them.

At the end of the camp, the environment of sportsmanship and satisfaction was generalized and you could feel it in the parents, students, and coaches. Juan Moreno finished the day with a short, yet deep talk inviting students to keep making a big effort.

The success of a camp is based on the following factors:

In Master Juan Moreno’s camp all of the factors mentioned above were taken care of. Without doubt experiences like these contribute to the formation of future champions! 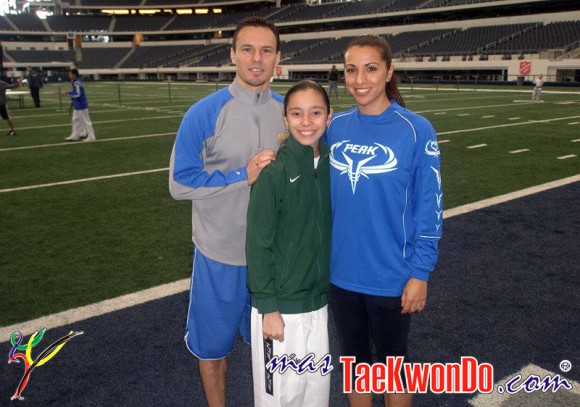