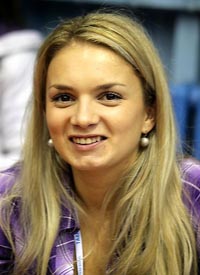 Zukanovic suffered a severe stroke late in November 2011 which resulted in bleeding on the brain and she believes that constant prayers woke her from her deep coma.

Doctors were not optimistic about her hopes and advised her mother Nena Biserovic (45), to just keep praying for her daughter. “They said we should just pray to God, and it was God’s will that eventually woke her up,” says Biserovic.

“When I woke up, it took me several days to figure out what had happened to me. My left arm was all seized up, but I had to practice for a week after waking up, clutching a ball,” explained Zukanovic, when talking for the first time since waking from the 45-day coma to Croatian daily newspaper 24sata.

Ever since waking from the coma, Zukanovic is trying to get her life back to normal. A lengthy recovery awaits the 25-year-old.