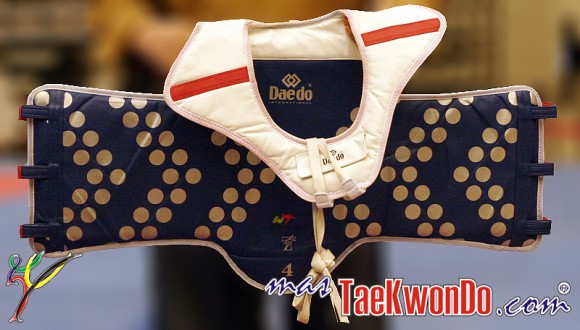 All technical staff and high performance athletes that we interviewed, share the same four fundamental aspects for the competitive development of Taekwondo. When they are asked about their preferences in training or competing with PSS, their answers are, generally:

2. When you use the Daedo PSS, it really feels like a real Taekwondo fight and you can develop all kinds of techniques, because if you deliver them with precision and enough force, they will score perfectly, unlike LaJust PSS which limits Taekwondo to 2 techniques, yeop-chagi and bandal with the rear in a 90%.

3. Any external factor doesn’t affect it, be it trunk protectors or sensors that get wet with water or sweat.

4. The transmission of scores in a match cannot be modified by internet interferences, telephone or mobile phone devices, or other electronic factors, like it has happened with LaJust in official tournaments.

All the coaches and competitors throughout America celebrated enthusiastically the use of Daedo PSS instead of LaJust in the Pan American Games. These, and most of the people around the world approved Swiss Timing and WTF’s decision of designating Daedo TK-Strike as the official PSS for the London 2012 Olympic Games.

I really like the Daedo model, I really feel comfortable and safe, and nothing hinders my movements. The score is much more real than with any other PSS whatever technique is used. They don’t stop working in the middle of the fights, as it has happened with another brand, due to technical errors that break the flow of the fight. This is my personal opinion: I would like another sensor in the inner part of the foot.

I have only used the Daedo PSS in one event, but I can assure that they are better than LaJust, more comfortable and easy to use. For me, due to my technical variety, front, turns and doubles, triple attacks and counter-attacks are perfects and practically all techniques delivered with precision and force result in a valid score.

From my viewpoint, it would be good to increase the minimum force level in the categories, because sometimes scores are given by rubbing. 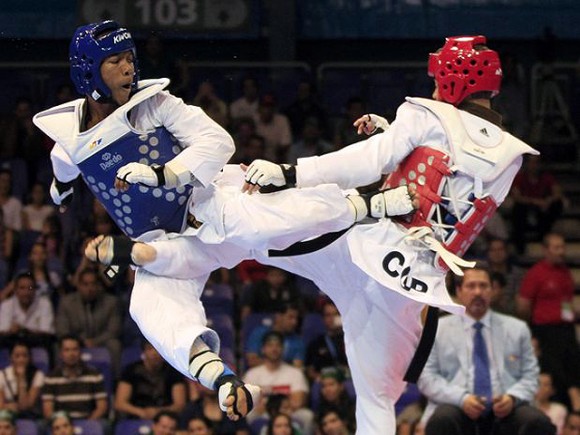 For me, the Daedo protectors are perfect in my heavyweight category, the other brand’s protectors were too heavy and uncomfortable, but with Daedo I can move perfectly and at my maximum speed and technical extension.

I have competed with the other electronic protector brand, and many of the techniques that I used with great force did not score; it was even comical. In Cuba and at La Loma I have trained and worked a lot with Daedo, and practically all techniques end up in a score, and this is what I have been able to develop in real combat. I am happy that Daedo will be in London, since it will be totally real. It would be good to have hand protectors with sensors, to score with punch strikes.

I felt very good at the Pan American Games and when I qualified for the Olympics, the Daedo protectors helped me a lot. I had never competed with electronic protectors and was a bit scared, since I had heard that with electronic protectors some of the techniques I enjoy using are not given a score. However it wasn’t like that, it even felt better than with the traditional trunk protectors. All the doubles in counter-attacks resulted in a score and I felt good scoring with the front of my leg. Like Robelis, I am very happy that Daedo will be used in London. 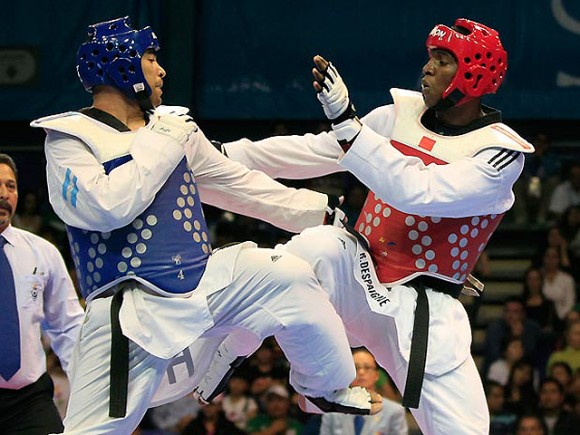 They are perfect for training and combat, easy to use in both situations. You don’t have to have two electronic protectors in order to have the two colors, as it happens with other brands. Here, you have two colors in just one protector.

When training, we use them for combats and tactical work, and we also put them on dummies, so you can make some variations in trainings, physical technical, and this is wonderful, since you see on a computer the power level of the strikes.

I would like them to consider the possibility of adding a sensor in the foot protectors.

(Cuba/Coach of the Cuban Olympic Team)

Most of our athletes had never competed with Daedo PSS, it’s always worrisome that the athletes might be afraid of using a technique because it might not be scored even when delivered correctly, like in other models. For the Pan American Games, where we won the first place as a Team, we did a tactical training, the same way we would do it for traditional protectors, and it was perfect with the Daedo protectors. Everything that deserved a score resulted in one, just like with the traditional system. In the training for the Olympic Qualifier that we did at La Loma, we used them and felt very confident.

It’s something positive that in these 2 events there were no interruptions due to technical failures in the PSS, this allows the athletes to achieve a great degree of concentration. 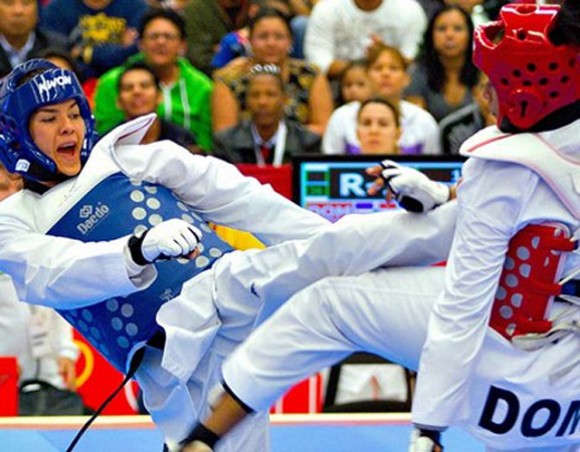 I can assure that the 100% of coaches and athletes that have come to La Lome this year, teams from America, Europe, Africa and Oceania, they all share the opinion that the Daedo electronic protectors are the best and only reliable option to face such an important challenge as the Olympic Games. This will be good for the athletes and for the image that will be reflected in the world through TV, because errors practically don’t exist and fights are not stopped due to unforeseen errors in the operation of the protectors and sensors.

As the high performance center that we are, giving a service to the teams, Daedo PSS is a vital part of our image. They are durable, easy to set up and use, and teams can develop their techniques to a full 100% without limitations in scoring.

In 2008 we made a great investment in LaJust electronic protectors, and after the first concentration, which was very active in training, 60% of the protectors had errors in some of their parts, in the center or in all parts. They were sent to USA to be fixed, and a high price was paid in advance, but the protectors were never returned. So we were left without PSS and without money. So far, we have had zero Daedo PSS breakdowns.

Even with the great technology of these protectors, that without doubt are the best in the market, by a great difference with the preceding one, there is still room for improvement. Around 4 to 5% of techniques used in an official event (not even the scoring system with judges is statistically as effective as the Daedo PSS), are result of collisions, pushing, rubbing. When this aspect is improved, and I am sure that it will be soon, the system will be perfect.

I hope that after London 2012, electronic head gears can be added in the system. This would mean a great advance in achieving the perfect arbitration system in terms of scoring.