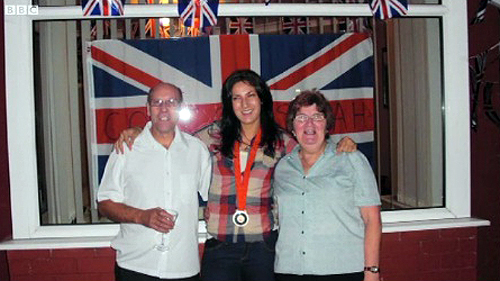 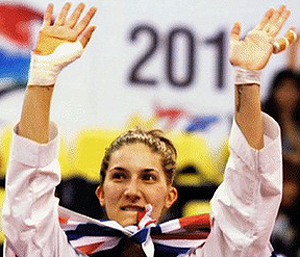 Stevenson was named Sunday Times Sportswoman of the Year.

“If they could cope, I can put up a fight like they did, so maybe it’s them. They were so strong,” she told BBC Radio 5 Live.

Stevenson’s mother was diagnosed with cancer in January and passed away in October, just three months after her father died following a brain tumour.

The 28-year-old Doncaster fighter added: “It’s still very raw and I don’t know how I’m managing to sit and talk to people, because if you’d said this to me a year ago, that I’d be telling this story, I’d probably have just been a state.

Stevenson, who won Olympic bronze in 2008, had agonised over whether to travel to Korea for the World Championships in May but went on to take the gold medal.

“I thought, if I did that, then I’m not going to be any help to them and I can’t sit here feeling sorry for myself and crying and thinking ‘Why did I deserve this?’

“I never allowed myself to do that because I thought they’re the ones that are going through it and I needed to be there for them. Probably now it’s getting to me more that it did at the time.”

“I just went there and did my best and it kind of gave me a good mental state because I thought they can’t hurt me like what’s happening at home.

“I’m not the one who’s suffering, my mum and dad are the ones that are suffering. Fighting in a Worlds is not suffering, it’s not life and death like cancer is, and that’s what gave me the motivation. I hope that’s the motivation I’ll have when it comes to next year at the Olympics.”

Stevenson will not fight at the French Open this weekend, preferring to start her campaign for Olympic gold in the new year, with the memory of her parents a driving force.

“They lived for what I was doing in taekwondo, that’s all they lived for,” said Stevenson. “They both thought they were going to be there in 2012.

“I’ve got to just learn to live with the fact that they’re not going to be physically here but maybe I can use it as an advantage and say, ‘You know what, no-one else’s parents can actually be with them on the ring, and hopefully they can be.'” 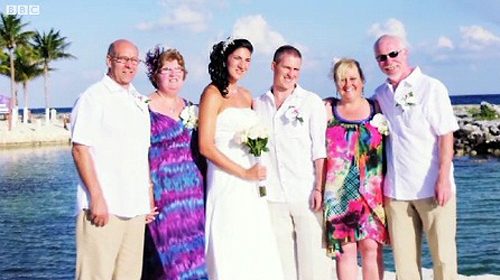