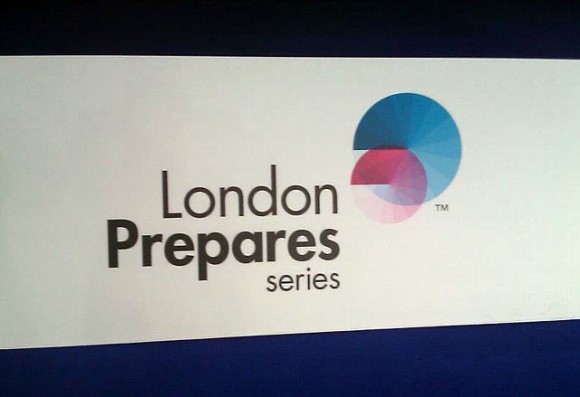 The “London Prepares” Taekwondo International Invitational takes place at the ExCeL London, one of Europe’s largest and most versatile exhibition centers located at the Royal Victoria Dock in eastern London. The test event is being held in ExCeL North Halls 7-10, but at the London 2012 Olympic Games, the taekwondo competition will be held in ExCeL South Arena 2.

The event, which serves as a rehearsal for the taekwondo competition of the London Olympic Games, is part of the London Prepares series. It is not a full-scale replica of the Olympic Games, but it provides athletes with experience in the Games venue and with the scoring and timing systems.

The competition is organized in the Olympic format. The London Prepares event is a subset of the Olympic Games and features two male and two female categories only. The first day featured the women’s -49kg and the men’s -68kg, while the second and final day will feature the women’s +67kg and the men’s -80kg. Daedo PSS (protector and scoring system) is used at the test event.

In the men’s -68kg division, Iran’s Mohammad Moatamed-Bagheri earned his country the gold medal, while Sweden’s Milad Ashna had to settle for the silver medal. France’s Amine Manai and Mexico’s Erick Osornio Nunez shared the bronze medal in the category.

The London Prepares Taekwondo International Invitational is not open to the public and is a non-ticketed event. Athletes are allocated two tickets for family and friends to enter to watch them compete.

There were five demonstrations by the WTF Taekwondo Demonstration Team at the venue between taekwondo sessions, drawing big applause from the attendants. Four more demonstrations are scheduled on Dec. 4.

“With only eight months until the commencement of the London 2012 Olympic Games, the taekwondo team, together with our other LOCOG colleagues, have eagerly awaited the hosting of the taekwondo test event, as this significant competition will give us the unique opportunity to validate our current planning, crystallize operations and rehearse Game-time deliverables,” said a LOCOG official.

He continued to say, “Moreover, our focal aim is to test parts of the venue and our technology solution, while it will be equally important for our invaluable sport-specific volunteers and workforce to gain the exposure and tangible experience of being involved at a major international event.”

On Dec. 1, there was a draw of lots session and a head of team meeting and a training session for the participating teams at the venue, which continued until Dec. 2.