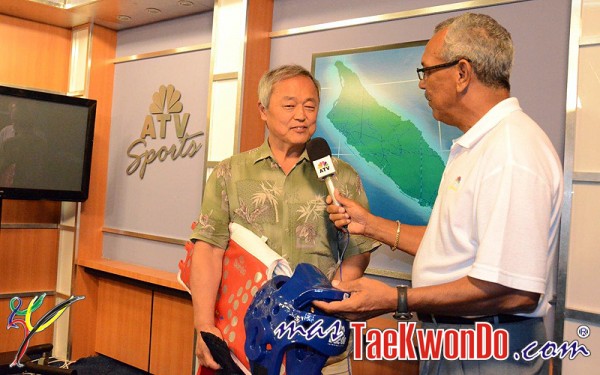 It is a pleasure to greet you Mr. Song, we would like to know, how and when did the idea of creating this revolutionary product emerged?

The idea emerged in 1999. I am an engineer and my specialty is working with sensors, plus I have my son that practices Taekwondo. During that time he was very active in Taekwondo competitions and there we noticed that the actions of the competitors of Taekwondo were faster than the reactions of the coaches. Therefore, we took advantage of my experience in the sensors technology, and I thought that I should create something to make Taekwondo more fair and transparent.

How do you differentiate your product: Deado Truescore, from the main competing brand?

Our philosophy was to create something that was transparent, that didn´t change the game and especially that was low cost. Daedo Truescore uses the approach magnetic system that cannot be interfered by external elements such as water, dust and oil. We spent a lot of time working in the development of a communication device that was reliable and simple at the same time, and in the protection of the system against interference that may appear from external communication devices such as cell phones, F.I., internet, etc.

Do you believe that the system needs some improvement or is it completely finished in its exact point?

The engineers always want to improve everything. In fact, we have already made an improvement in the way of the communication device, to prepare the product for its implementation in the Olympic Games. Today is it practically impossible to make any interference that could affect the outside of the system. Regarding the approaching sensors on the protector and scoring system, we think we have an excellent product that is inexpensive, durable and reliable. We are still trying to improve on the impact sensors.

Your product will be used in the most watched sports event in the world, which are the Olympic Games. What sensation do you get from this?

I have two feelings about it; first, I am very grateful that our product has had the acknowledgment and the trust of the WTF and the International Olympic Committee. On the other hand, the responsibility is huge, because we want to demonstrate to the world that our product is the best, and it is worth using it in the most important sports event in the world, the Olympic Games. 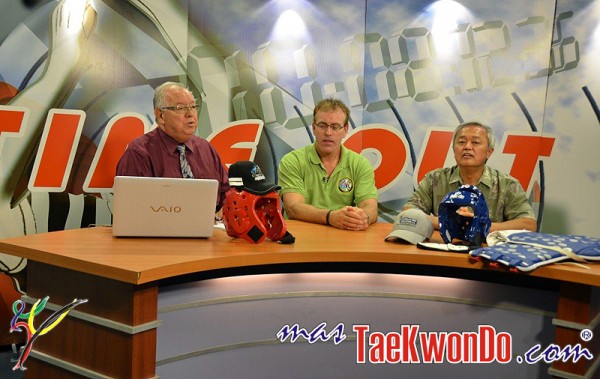 I firmly believe that for the next Olympic Games we should have the electronic helmet. The scores of the kicks to the head are a highly significant element of change. We are talking about a maximum of 4 points for each kick to the head and this has a great impact on the final score of the competition. It is becoming harder and harder to adjudicate the kicks to the head, in relation to the athletes that are more prepared and they are becoming faster. Also many athletes use more “questionable” techniques to catch the score, including the replay video fails to show the exact impact of the kicks.

Our electronic protectors of the head can recognize the correct impact of the kicks, they eliminate the “questionable” techniques and they only give the correct scores as in the old times.

The technology is prepared for it; we just need to use it!

Who was your inspiration to create this product?

First, my son, and second, the Taekwondo competitor Kevin McCullogh, who is an ex member of the national USA team, he gave me a great deal of information regarding the sport in general. The real beneficiaries of this product are the competitors and the trainers of Taekwondo, without them the sport wouldn´t exist.

After all the research and the development of an innovative product that received the highest recognition by the sports governing organisms in the world, are you afraid of plagiarism or that another company copies your system?

Sincerely I wouldn´t like that any brand copies my system, I don´t support plagiarism but instead I believe in creativity. I defend innovation and even if it has a better system than mine, I think this would directly benefit Taekwondo.

I love that there is debate about my job and the emerge of new proposals, if so we will do our best to beat them by creating a better product than theirs. The existence of more competition on the market is good for the sport.

Thank you very much for your time Mr. Song

Thank you, I read masTaekwondo all the time, sometimes I have limitation of time, but I try to keep always updated regarding to what happens in the Taekwondo of the world.