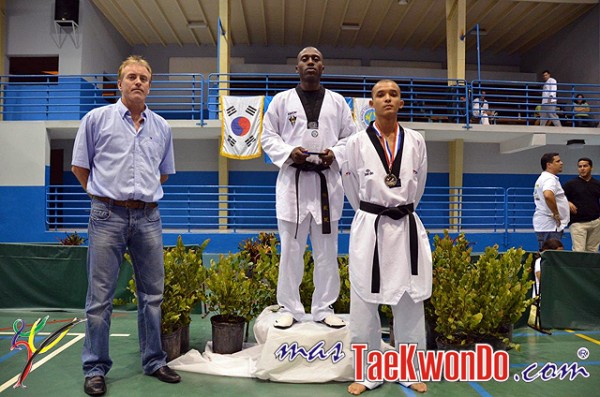 Special guest on the event were former World Champion and former National Coach of Netherlands and France and current Head coach of Greece Henk Meijer from Holland and Mr. Jin Song from San Francisco, the inventor of the Daedo/Truescore electronic Body and Head protestor.

Both guest appeared on different sport TV shows on Aruba to promote the event and talk about the future of Taekwondo as an Olympic Sport.

The competition was lead by Mr. Nick Yacobucci from Florida and was fully equipped with Daedo/Truescore electronic Body protectors and electronic HEAD protectors. Especially the last draw a lot of attention.

Master Chaco Cornelia (candidate referee for Olympic Games in London), was responsible for the refereeing and did this with great skill.

In the morning the event was focused on the young generation Aruban TKD competitors whilst the evening part was for the Junior and Senior division.

Before the competition Henk Meijer conducted a seminar which attracted a large number of Aruban TKD athletes.

After the tournament the overseas athletes and coaches enjoyed the wonderful beaches and climate of the island Aruba, a little heaven on earth !!