The United States and Cuba earned two places each, while Chile, Canada, Jamaica, Peru and Mexico grabbed one place. After two days of tournament, a total of 11 countries earned 15 tickets to the London Olympic Games. 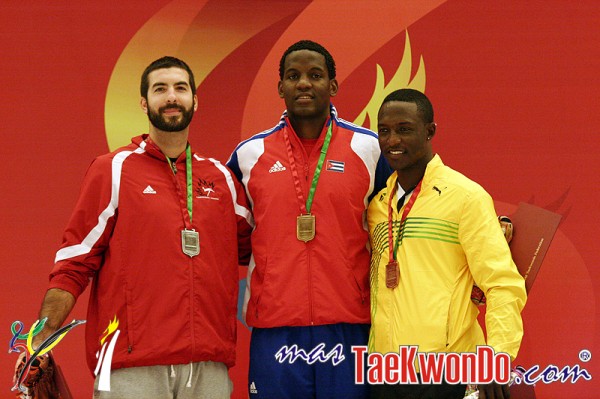 In the men’s over 80kg weght category, Francois Coulombe from Canada grabbed the 1st ticket of the day by beating Kenneth Edwards from Jamaica in a semifinal match by 8-3.

Cuba also reserved one ticket for London as Robelis Despaigne won Juan Diaz from Venezuela in a semifinal match by withdrawal.

In a bronze-medal contest, Jamaica was qualified for the first time in the taekwondo competition of the London Olympic Games as Kenneth Edwards beat Juan Diaz from Venezuela 10-3. 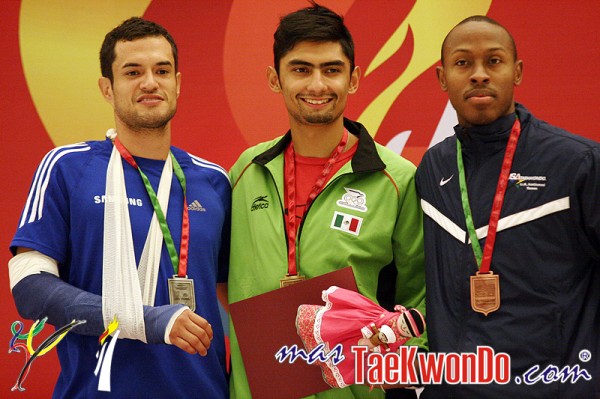 In the men’s -68kg division, Peter Lopez earned a place for Peru by dramatically beating Terrence Jennings from the United States in a semifinal match 5-4.

Mexico has secured three tickets already after two days of qualification tournament when Idulio Islas succeeded in a golden point in a semifinal match against Jhohanny Bartermi from the Dominican Republic in the men’s -68kg category. Idulio Islas became the 1st placed winner of the weight division after withdrawal of Peter Lopez from Peru in the final. 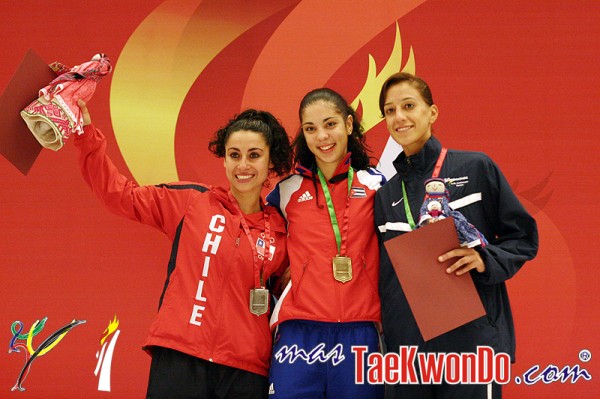 In the women’s -57kg division, Yeny Contreras qualified Chile a place for London for the first time since the 2000 Sydney Olympic Games by scoring last-minute points to defeat Disnansi Polanco from the Dominican Republic in a semifinal match. Nidia Munoz from Cuba earned her country a place in a fight against Diana Lopez from the United States in a semifinal sudden death. Then, she became the 1st place winner after beating Yeny Contrares of Chile.

Diana Lopez grabbed the last ticket of the women’s -57kg by defeating her Dominican Republic counterpart 3-2.

The third and final day of the Pan American Qualification Tournament, on Nov. 20, will feature three weight divisions of the women’s -67kg, the women’s +67kg and the men’s -80kg to determine the remaining nine tickets.