The Pan American Qualification Tournament takes place at the Queretaro Centro de Congresos. A total of 91 athletes from 29 countries in the Pan American region are competing for 24 places for the taekwondo competition at the 2012 London Olympic Games.

The first day of the three-day tournament featured two events of the men’s -58kg division and the women’s -49kg category. 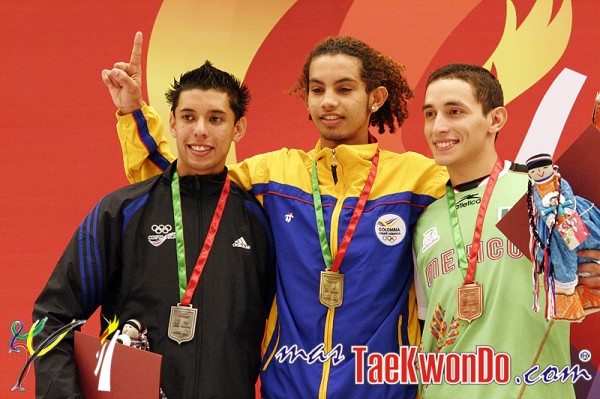 In the men’s -58kg category, Oscar Munoz of Colombia shrugged off a stiff challenge from Costa Rica’s Heiner Oviedo to win the final match 5-4 for the top place, qualifying his country a birth.

The Colombian player advanced to the final match by a sudden-death point after beating his semifinal opponent, Brazil’s Marcio Ferreira, who was seeded No. 1 in the men’s -58kg division.

Costa Rican Heiner Oviedo won a birth for his country after outpointing his semifinal opponent, the No. 2 seed Damian Alejandro Villa Valadez from Mexico, in the semifinal match 7-6.

In the bronze-medal contest for the men’s -58kg division, Mexican Damian Alejandro Villa Valadez earned his country the last ticket in the category as he made a dramatic 3 points at the very last moment for a 7-6 victory over Brazil’s Marcio Ferreira. 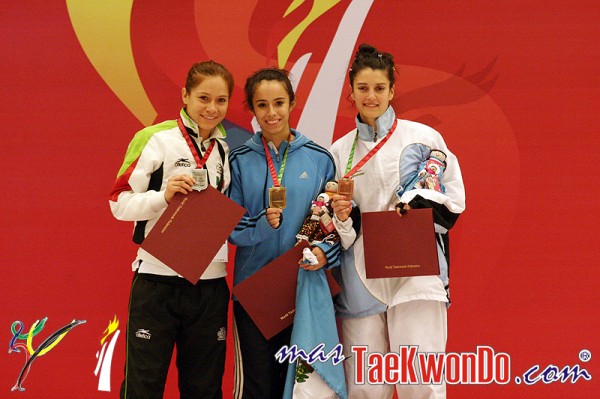 In the women’s -49kg division, Guatemala’s Elizabeth Zamora Gordillo edged her final opponent, Mexico’s Jannet Alegria Pena, 6-5 in the final match and qualified her country a birth for the London Olympic Games.

The Guatemalan reached the final match by defeating Panama’s Carolena Carstens 6-2 in a semifinal match.

Mexican Jannet Alegria Pena advanced to the final match by outpointing her semifinal match opponent, Argentina’s Carola Lopez, 7-4, qualifying her country another ticket on the first day of the qualification tournament.

In the bronze-medal contest for the women’s -49kg category, Argentina’s Carola Lopez brushed aside a stiff challenge from Panama’s Carolena Carstens to win the match 8-7 and earned her country the last berth in the division.

An opening ceremony was held to celebrate the qualification tournament, with the attendance of VIPs from the government of Queretaro and various organizations in Mexico.

The second day of the Pan American qualification tournament, on Nov. 19, will feature three weight divisions of the men’s -68kg, the men’s +80kg and the women’s -57kg to determine nine places for the taekwondo tournament of the 2012 London Olympic Games.