Through the Pan American Qualification Tournament, which took place at the Queretaro Centro de Congresos, a total of 13 countries earned at least one ticket to the taekwondo competition of the London Olympic Games.

Reflecting the universality of the Olympic sport of taekwondo, a total of 14 countries in the Pan American region won at least one ticket to the London Olympic Games as the Dominican Republic already took one berth through the WTF World Qualification Tournament, which ended in Baku, Azerbaijan on July 3, 2011 after four days of competitions.

The third and final day competition of the Pan American Tournament featured three weight divisions – the men’s -80kg, the women’s -67kg and the women’s +67kg. 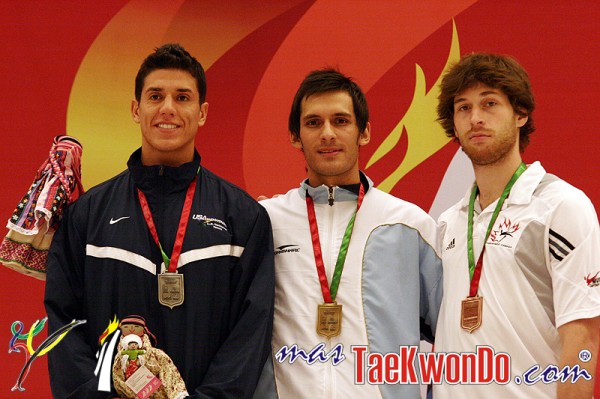 Steven Lopez of the United States has become the first taekwondo player participating in the taekwondo competition of the Olympic Games for the fourth consecutive time as he beat No.1 seed Sebastien Michaud of Canada 3-0 in a men’s -80kg semifinal match.

Sebastian Crismanich of Argentina earned his country the second ticket by winning Carlos Vasquez of Venezuela in a men’s -80kg semifinal match 5-3.

Sebastien Michaud qualified a place for Canada by defeating Carlos Vasquez, the last hope of Venezuela, 5-1 in the men’s -80kg bronze-medal contest.

In the men’s -80kg final match, Sebastian Crismanich won the gold medal with the withdrawal of Steven Lopez of the United States. 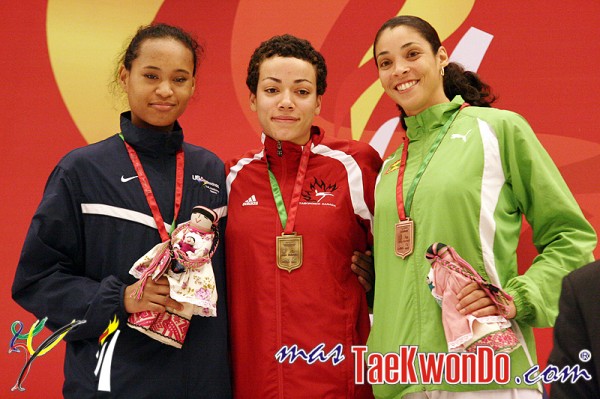 In the women’s -67kg category, No. 1 seed Karine Sergerie of Canada easily grabbed a ticket by defeating Katherine Alvarado from Costa Rica 9-4 in a semifinal match. Paige McPherson of the United States also won a ticket as she defeated Andrea St. Bernard from Grenada in another women’s -67kg semifinal match 10-6.

In the women’s -67kg bronze-medal contest, Andrea St. Bernard made a history when she qualified her country of Grenada for the Olympic Games for the first time in taekwondo. She overcame the challenge of Katherine Alvarado from Costa Rica 11-8 in the match.

Karine Sergerie of Canada became the 1st placed winner after beating Paige McPherson of the United States 7-5 in the women’s -67kg final match. 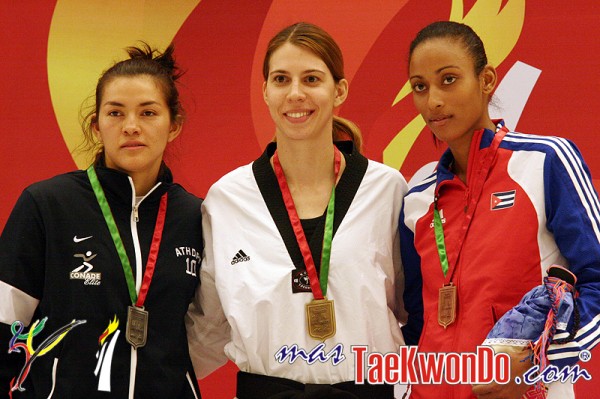 In the women’s +67kg category, Mexico’s Maria Espinoza, the No. 1 seeded Beijing Olympic gold-medal winner, earned her country the 4th ticket by winning a sudden-death golden point against Deysy Montes de Oca from the Dominican Republic in a semifinal match. The No. 2 seed Natalia Silva from Brazil also qualified her country a place by narrowly beating Glehnis Hernandez from Cuba in a semifinal match 4-3.

In the women’s +67kg final match, the gold medal went to Natalia Silva from Brazil with the withdrawal of Maria Espinoza from Mexico.

The next continental qualification tournament will be held in Bangkok, Thailand on Nov. 26-27, 2011 to determine another 24 tickets for the Asian countries to the 2012 London Olympic Games.