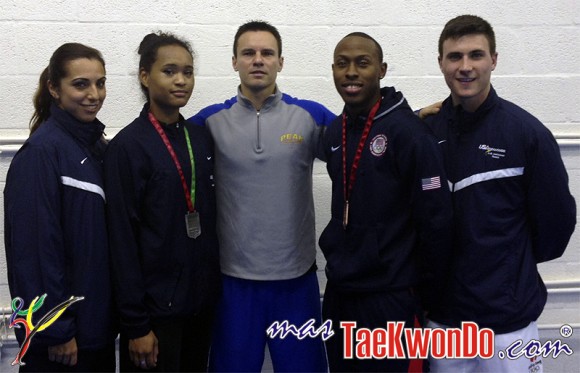 For those who relate Juan Moreno as a great coach, it is worth mentioning that he was a great competitor in the 90´s. He participated in three Olympic Games and he has been twice a Sub Olympic Champion (Seoul 88 and Barcelona 92). In 1991, he became a Pan American Games Championship held in Havana, Cuba and in 2000 he became a Championship of the World Cup in Lyon, France.

Peak Performance, as he defines it,”… is a school of fighters, where there is only high level of performance…”

To explain this, we need to emphasize that the athletes that participated in the World Taekwondo Championship in South Korea at the end of April of this year, eight (8) belonged to Peak Performance and from this eight competitors, three fought for a medal. “They are a very young team but with plenty of passion and desire to be the best…” Moreno explained to masTaekwondo.com 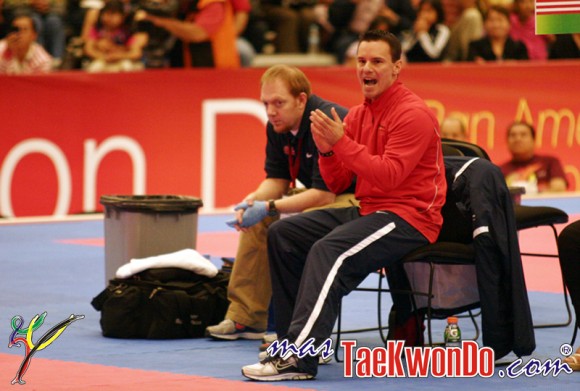 In the recent Pan American Games held in Guadalajara Mexico, again half of the selected group belonged to Juan Moreno´s team, and he obtained for his four athletes, four medals (Silver for Paige Mcpherson in Welter and Bronce for Lauren Cahoon in Heavy, Nicole Palma in Feather and Terrance in Feather).

In the Continental Olympic Qualification Championship held last week, which was broadcasted live on masTaekwondo.com, the two competitors of Peak Performance, Paige Mcpherson and Terrance Jennigs, obtained their place for London 2012.

With this we can see that the work of the team at a national level represents a 50% and its growth with competitors is in constant development.

It is also worth mentioning that the Mexican Marlen Ramírez (who was a Mexican Athlete and a coacher) is working in this team located in Miami. She was of great importance in the preparation of Paige Mcpherson, since besides requesting Juan Moreno, the athlete also requested Marlen and the results were highly satisfactory, reaching this year´s goals.