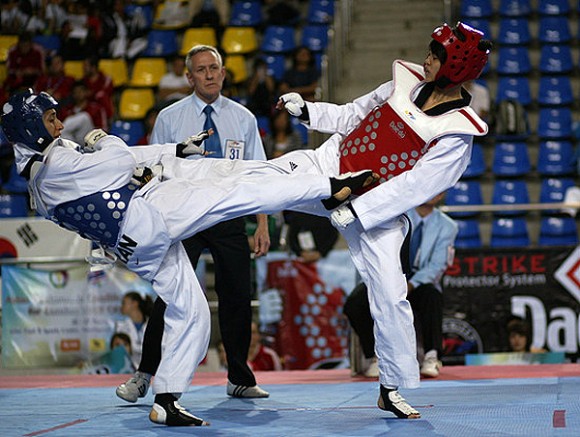 Through the Asian Qualification Tournament, which took place at the John Paul II Sports Center at the Assumption University of Thailand in eastern Bangkok, a total of 13 countries grabbed at least one ticket to the taekwondo competition of the London Olympic Games.

Reflecting the universality of the Olympic sport of taekwondo, a total of 14 countries in the Asian region clinched at least one ticket to the London Olympic Games as Korea already secured four berths through the WTF World Qualification Tournament, which ended in Baku, Azerbaijan on July 3, 2011 after four days of competitions.

A total of 99 athletes from 30 countries in the Asian region competed for 24 places for the taekwondo competition at the 2012 London Olympic Games. The Asian Tournament was originally scheduled for Nov. 4-5 at the Mall Convention Center in downtown Bangkok, but was postponed because of the worst flooding in 50 years in Thailand.

In the men’s +80kg weight category, China’s Xiaobo Liu won the gold medal as he beat his final opponent Tajikistan’s Alisher Gulov 9-6 in the final match. Uzbekistan’s Akmal Irgashev won the bronze-medal contest in the same weight division to qualify his country a ticket to the taekwondo competition of the London Olympic Games.

In the women’s -67kg division, Iran’s Sousan Hajipourgoli took the first-place honors as her final-match opponent Vietnam’s Dieu Linh Chu Hoang withdrew in the first round. Kazakhstan’s Gulanafis Altmukhambetova earned her country a berth to the London Olympic Games.

In the men’s -58kg division, Chinese Taipei’s Chen Yang Wei took the first-place honors as he beat Kazakhstan’s Nursultan Mamayev 7-5 in the final match.  Vietnam’s Chau Le Huynh qualified his country for the taekwondo competition of the London Olympic Games as he beat Malaysia’s Chong Ryan in the men’s -58kg bronze-medal match.