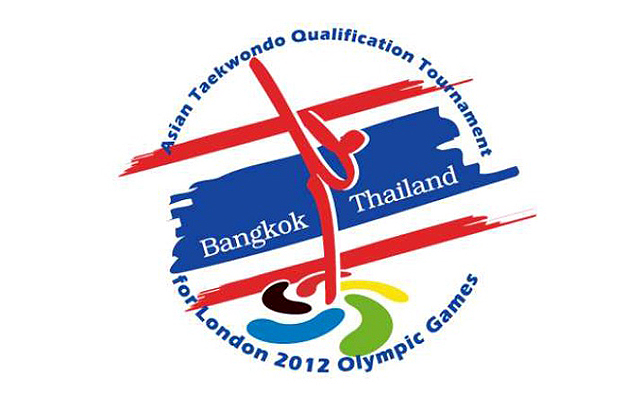 The Asian Qualification Tournament takes place at the John Paul II Sports Center at the Assumption University of Thailand in eastern Bangkok.

The opening day of the two-day tournament featured four events of the men’s -68kg, the men’s -80kg, the women’s -49kg and the women’s +67kg category.

Jordan won three tickets to the taekwondo competition of the London Olympic Games, while Afghanistan and Uzbekistan each grabbed two berths. Host Thailand, Japan, Kazakhstan, Tajikistan and Kyrgyzstan took one ticket each.

A total of 99 athletes from 30 countries in the Asian region are competing for 24 places for the taekwondo competition at the 2012 London Olympic Games.

The Asian Tournament was originally scheduled for Nov. 4-5 at the Mall Convention Center in downtown Bangkok, but was postponed because of the worst flooding in 50 years in Thailand.

In the women’s -49kg final match, Thailand’s Chanatip Sonkham easily beat Japan’s Erika Kasahara 8-1 for the top place, qualifying her country a birth. Songkham advanced to the final round by beating Jordan’s Dana Touran 8-1 in a women’s -49kg semifinal match.

In the women’s -49kg bronze-medal contest, Jordan’s Dana Touran earned her country a birth for the London Olympics as she outpointed her opponent, Malaysia’s Elaine Teo 12-9.

In the women’s +67kg division, Jordan’s Nadin Dawani outpointed her final opponent Feruza Yergeshova from Kazakhstan 12-9 to earn her country a ticket to the London Olympic Games. The Jordanian reached the final match by beating Uzbekistan’s Natalya Mamatova 8-7 in a semifinal match.

In the women’s +67kg bronze-medal match, Uzbekistan’s Natalya Mamatova brushed away a stiff challenge from Cambodia’s Davin Sorn to win the match 4-3 and qualified her country a ticket to the taekwondo competition of the London Olympic Games.

In the men’s -68kg category, Jordan’s Mohammad Abulibdeh took the first-place honors as the coach of Uzbekistan’s Dmitriy Kim threw a towel in the middle of the second round of the final match. The Jordanian advanced to the final round as he defeated his semifinal opponent, Chinese Taipei’s Tsung Jui Lo 8-2.

In the men’s -68kg bronze-medal match, Afghanistan’s Rohollah Nikpaa, the bronze medalist at the 2008 Beijing Olympic Games, earned his country a berth for the taekwondo competition of the 2012 London Olympic Games as he beat Chinese Taipei’s Tsung Jui Lo 6-5.

In the bronze-medal match, Tajikistan’s Farkhod Negmatov qualified his country a ticket to the London Olympic Games as he beat Qatar’s Ahmed Saad.