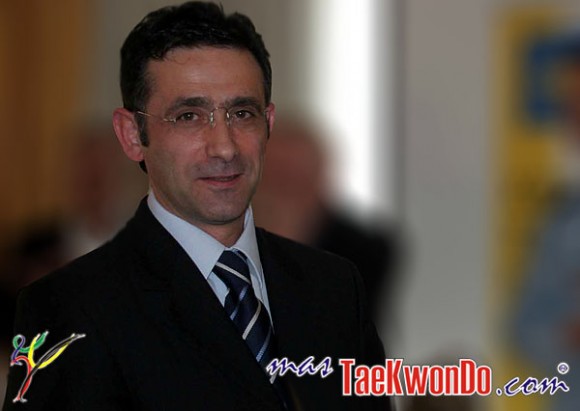 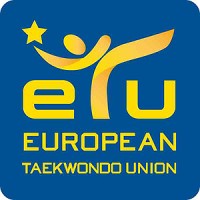 Together with the Executive Council, I have given in the past years, a boost to European taekwondo. For example, ETU started Poomsae competition, junior championships, cadet championships and under 21 championships. ETU was the first Union that introduced female competition.  All these events have contributed to taekwondo in the world because WTF has taken over. That is not only a victory for me but also for the ETU member national associations who supported all these events in the past years. It is on behalf of the Members that I am at this position right now. They once more showed their trust in my leadership and for that I am very grateful.

How long will you direct the ETU this time.  How long is the presidency period in ETU?

As you may know, WTF has adopted new Statutes in Tashkent. I have asked WTF President Dr. Choue to work closely together with ETU on the new Continental Union Statutes and bringing them in accordance with the Statutes of WTF. My newly appointed deputy Secretary General Mr. Kenneth Schunken, already had some fruitful discussions with the WTF Legal counsel Mr. Min. According to the Statutes at hand now, my term will be until 6 months after the next WTF elections when they are appointed.

What are the ETU goals in the short, mid, and long term?

The most important goal is to keep taekwondo in the Olympic programme. All my officials will focus on that target primarily. Therefore I have already assured Dr. Choue of the full support of not only me, but also all the members of the ETU Ex-Co and the ETU members. Only if the ETU and WTF and the other Continental Unions are united, we can make sure that taekwondo will stay on the Olympic Programme in the years to come.

Next to that I will reform the administrative body of ETU in which the Vice-presidents will get more tasks and responsibilities. I will propose several portfolios for them to choose and be responsible for. Specific goals and task will therefore be set in the near future. To further strengthen the power of ETU technically, I will shortly present a new Solidarity Programme, which hopefully will be partially sponsored financially by the European Union.

According to your point of view, what is the position of ETU, compared with other Continental Unions.

With 49 member national associations affiliated to ETU we still remain the largest Continental Union in the world as we have been the last decades. With strong fighting nations like Germany, Russia, Greece, Italy, Turkey, Spain and Olympic Games organizer the UK, I think the ETU is stronger than before. The level of the last Senior and Junior championships was really unheard of. This proves that Europe will keep its leading position in the world for the years to come.

After being in certain opposition with the WTF in 2009, how is the relationship between the WTF and the ETU, now?

Let me begin by saying that ETU and WTF are both democratic organizations. Running for office is therefore a right and a duty for all officials within the WTF and ETU. Having said this, I want to emphasize that the relation between WTF and ETU is good. I have spoken to General-Secretary Yang after the elections in Cyprus and I received a very warm and supporting congratulatory letter by Dr. Choue. In my response, I stressed the good relations between ETU and WTF and assured him of the full support he will receive from me and the whole ETU.

I will travel at the end of October to Korea to meet with Dr. Choue and then again I will personally express my support for WTF and discuss with him the challenges we have to face together in order to make sure taekwondo will be in the Olympics in the years to come. I will stress the need for worldwide unity and cooperation. The ETU is ready for this task!

How do you see the Taekwondo future within the Olympic Movement?

I am positive the IOC will keep taekwondo on the Olympic Programme . But as said before, global unity and cooperation is eminent to secure our seat in the Olympic train. Getting in was tough, but staying in will be a more difficult challenge. So therefore it is our shared responsibility to make sure we will not fail in doing so. Getting on the Olympic train again will be a very hard task for everybody, so its my goal to make sure we will not get off the train! But once again, I look into the future with great trust!

Do you still consider being WTF President in the future?

Europe has spoken in with the results of its last elections. Therefore my task is making sure that the ETU will continue to keep its leading position in the world. As said before our focus should be on the Olympics, not on elections on global level. Unity and global cooperation are my core goals for the years to come.

During your direction, what positive things you can mention and what others need to be improved?

ETU means innovation. I have appointed new, young and ambitious officials within ETU and together with the experienced officials I think they can do great things. Further professionalizing taekwondo in Europe will be the direction we are going together and that is necessary for our development. It will be difficult to further improve the quality of our tournaments, but I will make sure that every little point of improvement will be addressed. Our athletes deserve the best of the best and the highest standards.

What is your expectation for medals for Europe during the Olympic Games in London 2012?

Europe has some great athletes, just check the result list of the last World championships! ETU members are working hard every day to realize the Olympic dream.  I am sure they will make their dreams come true and will get paid for all their hard work in Olympic gold, silver and bronze!

Would you like to say something else, that we may have overlooked or send an appreciation message?