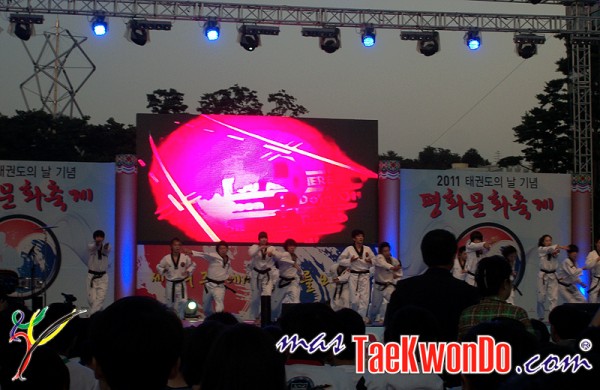 On Saturday September 3rd the “Festival of Taekwondo Demonstration” took place. Also, the “Concert for Peace” took place in Ilsan, but more precisely in Lake Park, northwest of Seoul. These events were conducted with the assistance of different managers, coaches, athletes and Taekwondo fan lovers.

The WTF designated September 4th as Taekwondo Day at the General Assembly in Ho Chi Minh City, Vietnam in 2006. On September 4th, 1994, the International Olympic Committee decided at its session in Paris, France, to take Taekwondo as an official sport in Sydney 2000 Olympic Games.

Around 6pm the “Festival of Taekwondo Demonstration,” began and was attended by10 of the best teams of Demonstration located in South Korea. The festivities began on October 27th and mastaekwondo.com reflected it in a special note (see Note) 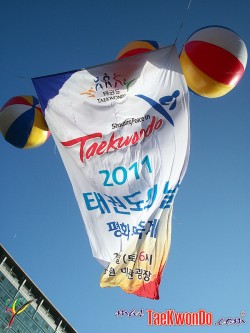 Among the participants were the teams of the WTF, Kukkiwon, Korea Taekwondo Association, University of Wooseok, Korean Tigers, among others.

It is worth mentioning that although we’re used to seeing these types of demonstrations of Taekwondo in major events such as World or Continental events, the various Korean teams always impress the audience with their dances, choreography, acrobatics and breaks.

Subsequently, after 8pm “The Concert for Peace” began and included the participation of renowned singers of K-Pop. Throughout the concert the audience enjoyed a nice colorful show and fireworks.

In the end the singers made a call to keep promoting taekwondo worldwide. At the same time, the president of the WTF, Dr. Chungwon Choue, gave awards to the artists for supporting and promoting Taekwondo.