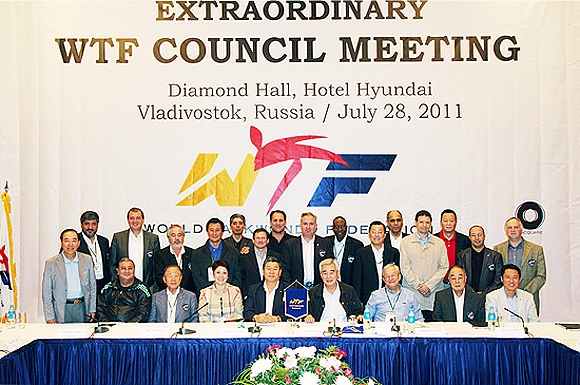 The World Taekwondo Federation approved three Oceania countries – Nauru, Palau and the Federated States of Micronesia – as its new members at its Council meeting at a hotel in Vladivostok, Russia on July 28, 2011.

With the addition, the WTF’s global membership has expanded to 200, the 8th largest among International Sports Federations.

The three provisional members will become full members of the WTF pending a final approval at the WTF’s next General Assembly.

The three provisional member national associations can attend the WTF-promoted and sanctioned competitions, but have no voting rights until they become full members.

The Council also decided that in the event that the registered athlete from the host nation has not been included in the 25 percent (WTF event) or 50 percent (Olympic Games), he or she will be seeded at the 4th place. 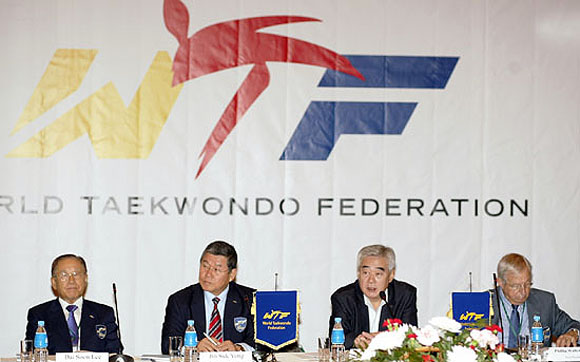 It also approved that after its admittance into the WTF, the member national association shall be expected to submit to the WTF a letter of recognition from the pertinent National Olympic Committee, or in its absence the highest national sports authority.

The approved amendments to the WTF Competition Rules include that in the case that a competitor intentionally turns the back and steps away from the opponent to avoid the attack of the opponent, the referee shall give “Gam-jeom”. If the referee finds that the action was resulted from obvious lack of spirit of fair play and sportsmanship, the referee may report to the technical delegate after the contest for consideration of further sanction against the competitor.

The Council also approved that in case of using the protector and scoring system, the position of sensors on the sensing socks shall be determined by the WTF.

At the 2012 WTF World Cup Taekwondo Team Championships in Aruba and afterwards, the Council decided to adopt the tag-team match format shown at the 2010 WTF World Taekwondo Tour Moscow, Russia. 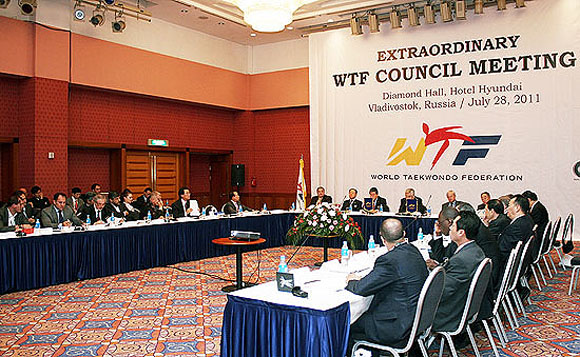