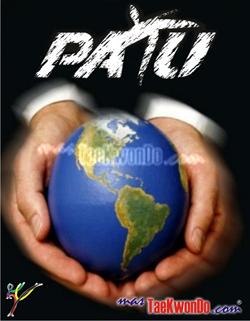 From these six teams we could add from America, United States and Canada and then we would be able to say that from the 45 countries, only eight will participate in this World Championship to be held in Vladivostok, Russia between the 29th to the 31st of July.

Since Taekwondo (combat) was officially recognized as an Olympic sport, there were many voices that raised claiming that after becoming a sport, martial values that characterized this discipline were being missed.

The modality of Poomsae seemed to retain some of that martial art that many “Masters” wanted to keep for different reasons and taught according to their own knowledge, in many cases differing greatly from one school to another and even more so, from one country to another.

Asia and Europe had been performing technical championships for a while, but America didn´t until 2009 when it formalized the poomsaes competition, with a low participation, although many countries (mainly Latin America) claim to have the best technique, the ultimate in regulations or the best teachers of this discipline.

The arrival of the world championships once more clearly marked where America stands on the world and as often happens, it shows a reality that could not be proven.

South America could only get Poomsae world medals through Colombia, where the Master Oskar Posada became a sort of advocate for poomsaes; and logically Mexico, United States and Canada had a good participation as far as America is concerned and Spain at Ibero-America.

For this new WTF World Taekwondo Poomsae Championships, South America will be represented by only three countries (Brazil, Colombia and Ecuador), Central America for a single country (Guatemala) and North America by Mexico, United States and Canada.

It is very common (especially in South America) that countries provide Poomsae seminars, advertising that new techniques approved by the WTF will be taught, but in many cases these countries have no representation in the global or international courses, which are permanently making various changes in poomsaes Competition.

There will be further changes in regulation in Vladivostok (see Note) and actually very few people in the American area will have that information to transmit to other practitioners. 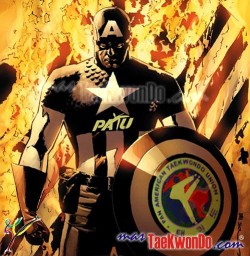 Both information and disinformation, are a powerful weapon when it comes to maintaining control, and why not a profitable business. The World Championships are not only sports events, they are also the place where politics boils and different situations are settled that  in many cases, they position a country in the World Taekwondo Sphere or make it a mere participant without minimum weight over the world.

The lack of Latin-American political presence in various meetings or WTF assemblies (where in many cases a different representative travels), which only creates confusion and doesn´t allow to establish a bond between the Member of the National Association and the WTF, because institutional relationships can not be performed in a single trip or event they are built by constant meetings and a demonstration of stability.

The last battle of the World Taekwondo Championships America only got two bronze medals, ranking below Africa. In the World Olympic Qualifier in Baku America also hit just two podiums, again under Asia, Europe and Africa and now for the Poomsae World Championship its participation is very low.

Is the American Taekwondo Union going through its worst time in history? This is a constant question made in each championship final analysis, where results only position PATU which has 44 members, ahead of Oceania, Continental Union with only 16 members.