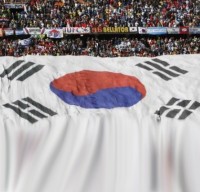 It painted a sobering picture of the new landscape taking shape in the world of tae kwon do: South Korea had, for the first time ever, failed to clinch the coveted overall men’s crown at the World Taekwondo Championships. With the Olympic Games in London just over a year away, South Korean competitors in the Korean indigenous martial art are smarting from the cost of a supremacy snatched away by Iran, which took the gold in Gyeongju, South Korea.

Though South Korea claimed the overall women’s title, critics say the introduction of electronic sensors in 2009 to record scoring had proved to be a hindrance. South Korean competitors prize speed over power, thus the new scoring system could appear to favor more powerful practitioners. Others argue the shift in the balance of tae kwon do power will prove a boon in further internationalizing the sport.

The adoption of the electronic sensors has not been without problems. Last November, a female Taiwanese competitor at the Asian Games was disqualified for allegedly wearing extra sensors against a Vietnamese opponent. Taiwan – which disputed the extra sensors claim – has also boycotted South Korean products. Some observers call that just a pushback against South Korean dominance in the sport.