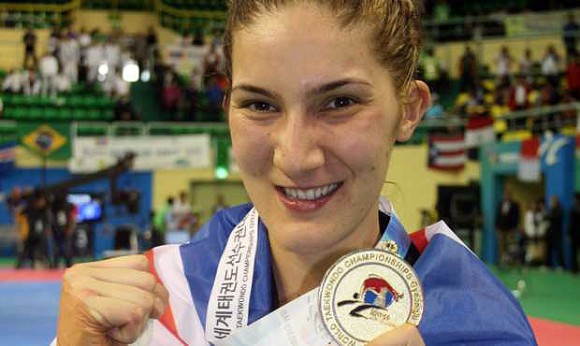 Stevenson, who won her second world title in May in Korea, described her father as a “true champion”.

It has been a difficult year for the 28-year-old, whose mother is having chemotherapy for terminal cancer.

Stevenson has opted not to join the GB squad at a training camp in the Far East ahead of the Chuncheon Open.

She will instead spend more time at home with her family in Doncaster.

In a statement, Stevenson said of her 63-year-old father: “My dad Roy passed away peacefully this morning (14 July 2011), with his friends and family by his side, following his brave battle with cancer.

“He was diagnosed with a brain tumour in April and fought his illness like a true champion until the end.

“On behalf of my family I would like to thank everyone out there who have shown their support and all I ask now is that you keep supporting us because my mum is still fighting her own battle with this terrible disease.

“I would ask that you respect our privacy during this difficult period,” she added.

Stevenson, who is a big medal hope for Britain at the 2012 Olympics, has previously said her parents have been the major inspiration behind her success in the Taekwondo ring.