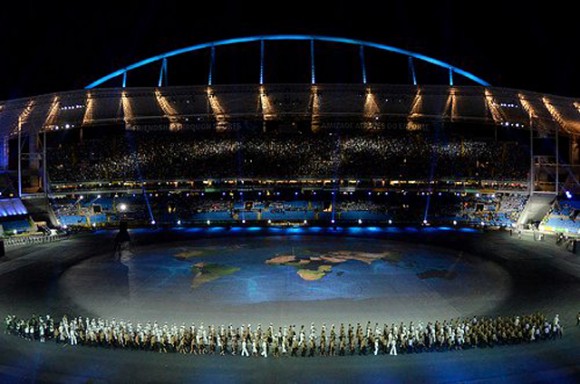 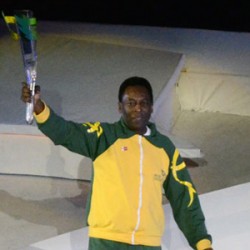 An apparent glitch took place coming to the cauldron lightening as the flame extinguished with Pele showing off the torch stepping up stairs to cauldron.

Brazil’s president Dilma Rousseff attended the opening ceremony and declared the opening of the military games, which drew nearly 7,000 athletes from 109 countries and regions.

The opening ceremony demonstrated the nature, geography and resources in Brazil, including a couple of largests in the world.

Brazil boasts largest urban forest in Rio, largest rain forest in Amazon, largest tropical beaches in the world and bountiful of water resources, which produce 80 percent of the country’s electricity by water, largest available area for agriculture, one of the largest producer and exporter of iron and oil.

The projecting of Brazilian army’s humanitarian aid around the world pulled the theme back to military backdrop of the Games. 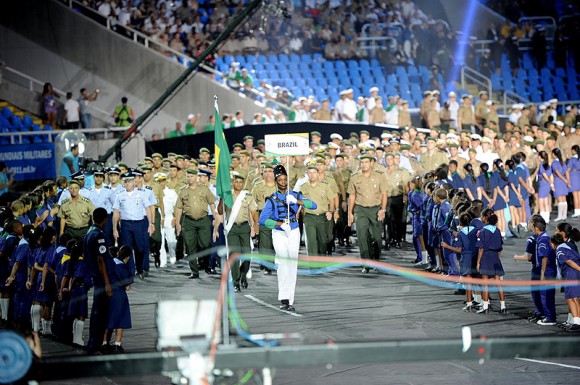 As the host, Brazil called up all of the country’s top athletes to the Games, which much outnumbered other delegations, with estimated 500.

“We will have Olympic athletes who are worth watching, competing in

professional arenas,” said Marcia Lins, the Secretary of State for Tourism, Sport and Recreation of Brazil. “The Military World Games is beyond the military sphere.”

Besides the Brazilian National Anthem, melodies with lyrics that refer to the world of the Armed Forces were performed. The group Paralamas do Sucesso, with “Peace Troop”, and the musicians Toquinho singing “Aquarela”, and Zizi Possi, with “A Paz” (Peace) were invited to the opening stage. 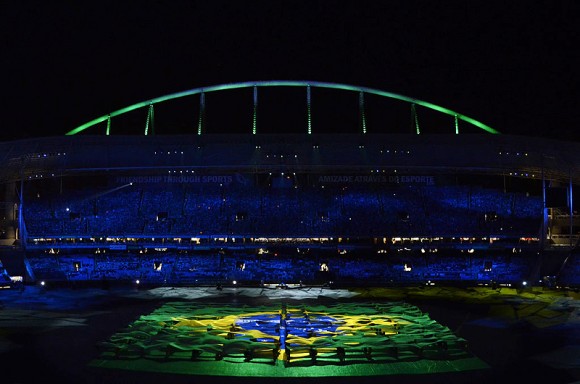 Russia, which tops the medal table all through the previous four editions, stayed away from the Games due to self-claimed financial trouble, which exposed China to the top spot of medals ranking.

The event lasts from July 16 to 24 across 20 sports, the majority of which are Olympic sports.

The first edition of the Military World Games took place in 1995 in Rome, Italy.