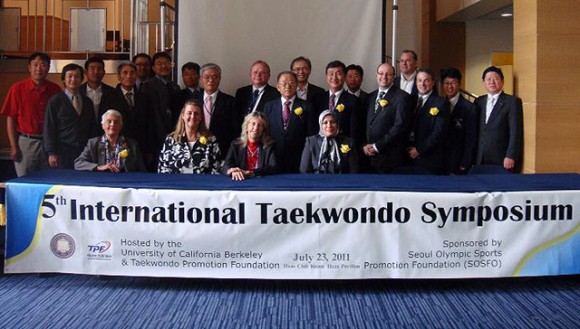 The International Taekwondo Symposium was hosted by University of California – Berkeley and the Taekwondo Promotion Foundation. UC Berkeley offers a very diverse martial arts program for the students at the university; providing both credit courses as well as recreation/club programs in six different martial arts systems. UC Berkeley Martial Arts Program was founded by Dr. Ken Min, forty years ago. Dr. Min is the Chairperson for the symposium.

The Taekwondo Promotion Foundation, under the leadership of Mr. Dai Soon Lee is in the forefront of global taekwondo promotion; as they are in the process of building a Taekwondo Park (park is an extreme understatement when you realize the magnitude of this project) in Korea.

The presentations on ‘Women in Taekwondo’ brought great understanding of the evolution of women in sports and the necessary work still ahead for full integration and equality of females within Taekwondo and our  sports in general.

It is our hope that the Leadership of Taekwondo embraces all women not only in competitive environments as athletes, but in positions of Management and Leadership; continuing to set a positive example for our international sports and corporate World.

The afternoon session commenced on the topic of the ‘Globalization of Para Taekwondo’. The keynote speaker was Mr. Charles Huebner – Director of the Paralympic Division of the United States Olympic Commitee. Mr. Huebner discussed the importance of integration of ‘Para’ sports with able bodied sports as currently done with Judo (Judo is a Paralympic Sport for visually impaired athletes). Further Mr. Huebner discussed the value of High Performance Coaches within the successful development of the Para Athletes.

Dr. Hyogu Cho, Professor from Yong In University in Korea from the Department of Special Sports shared the current developments of ‘disability’ sports in Korea. Various initiates have been started to deliver sports programs for individuals with both physical and developmental disabilities. Dr. Cho stressed the importance of working with an individual rather then the disability when instructing classes.

Mr. Marcel Lacasse who is the acting Director of Special Needs within the Ontario Taekwondo Association and an assistant to the WTF Para Taekwondo Committee Chairperson shared with the symposium delegates the current state of Para Taekwondo under the direction of Mr. Tae Eun Lee. Currently the WTF offers para taekwondo competition for upper body amputees in sparring, however their long term goal is to offer competition for individuals with various disabilities.

The WTF has already run two World Para Taekwondo Championships and the third is scheduled in 2012 to be held in Aruba in conjunction with the World Cup. Mr. Lacasse expressed the Committee’s commitment of the WTF to bring Para Taekowndo into the Paralympic Games by 2020 or 2024 at the latest.

Mr. Sirota has been pioneering special needs programs for the past eleven years, offering classes for individuals with various physical, sensory and developmental disorders and disabilities. With over 200 active participants at their Center, Sirota’s Alchymy is in the forefront of leading specialty based programs for people with special needs. 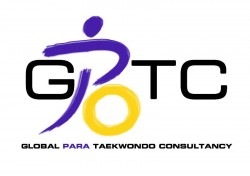 Mr. Michael Sirota and the Team at GPTC wishes to express its sincere gratitude to the organizers and sponsors of the 5th International Taekwondo Symposium and in sharing the Vision of ‘Para Taekwondo … A Place for All to Shine!”