In the men’s -80kg final match, Azerbaijan’s Ramin Azizov won the gold medal as his final opponent, Iran’s Yousef Karami, withdrew from the match. Azizov gave his country another ticket to the taekwondo competition at the London Olympic Games.

In the men’s -80kg bronze-medal match, Italy’s Mauro Sarmiento brushed aside a stiff challenge from Spain’s Nicolas Garcia Hemme to win the match 6-5 and give his country a ticket to the London Olympic Games. 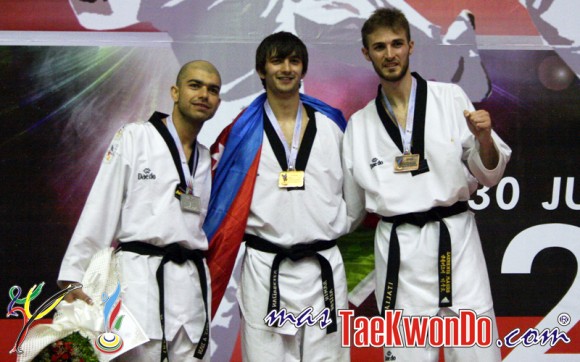 In the women’s -49kg final match, China’s Jingyu Wu grabbed the gold medal as her final match opponent, Croatia’s Lucija Zaninovic, withdrew from the match. She gave her country a spot for the taekwondo competition of the 2012 London Olympic Games.

Wu advanced to the final match as she came from behind to beat Chinese Taipei’s Shu-Chun Yang 15-7 in a women’s -49kg semifinal match, drawing a great interest from both spectators and the international media.

In the women’s -49kg bronze-medal contest, Chinese Taipei’s Shu-Chun Yang easily defeated her opponent, the Dominican Republic’s Yajaira Peguero, 8-0 to give her country a berth to the taekwondo competition of the 2012 London Olympic Games. 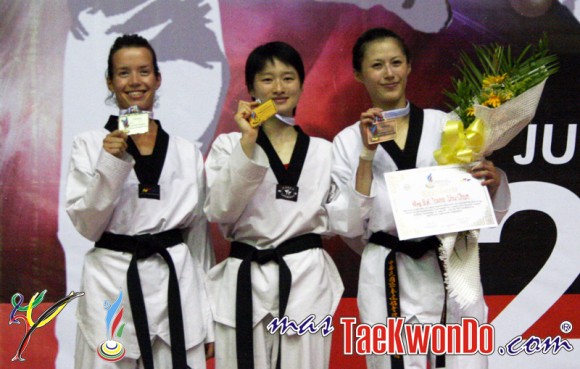