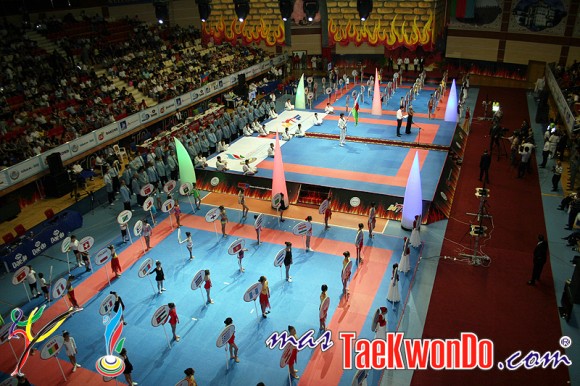 The four-day World Qualification Tournament takes place at the Sarhadchi Sport Olympic Center, which drew a total of 345 athletes from 108 countries. Through the Baku World Qualification Tournament, 24 spots will be decided out of a total of 128 berths. The top three athletes in each of the eight weight categories will qualify their respective National Olympic Committees a spot for the London Olympic Games.

In the men’s -58kg final match, Thailand’s Pen-Ek Karaket defeated the Dominican Republic’s Yulis Mercedes for the gold medal as the Dominican withdrew from the match in the second round because of his injury. The Thai led 7-1. Karaket earned his country a ticket to the taekwondo competition at the London Olympic Games.

In the men’s -58kg bronze medal match, Korea’s Dae-Hoon Lee managed to beat Egypt’s Tamer Bayoumi 8-6 to give his country a ticket to the London Olympic Games.

In the women’s -67kg final match, Korea’s Mi-Kyung Kim brushed aside a stiff challenge from host Azerbaijan’s Farida Azizova 6-5 for the gold medal. She earned her country a spot for the taekwondo competition of the 2012 London Olympic Games.

In the women’s -67kg bronze medal contest, Sweden’s Elin Johansson defeated Egypt’s El Sawalhy Seham 11-1 to earn her country a berth to the taekwondo competition of the 2012 London Olympic Games.

An opening ceremony of the World Qualification Tournament took place at 7 p.m. at the competition venue. 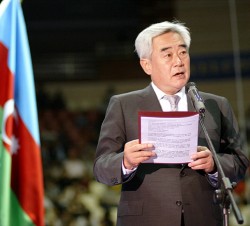 During the opening ceremony, WTF President Choue said, “This week we will see the top taekwondo athletes from around the world for positions in London. This serves as a preview as to what can be expected in the Games of 2012.”

“We must ensure that the London Olympic Games are the fairest and most transparent competitions ever for taekwondo,” Choue said. “The hopes and dreams of our athletes are most important. The best referees have undergone intense training and have been selected.”

“Throughout this year and into next, the continental qualification tournaments will be conducted with the same level of integrity,” he continued to say. “Everything in our power will be done to give our athletes a fair and great Olympic experience. London will show the world how far we have come and secure taekwondo permanently in the Olympic Games.”

Choue’s remarks were followed by speeches by Mr. Heydarov and Youth and Sport Minister Rahimov. 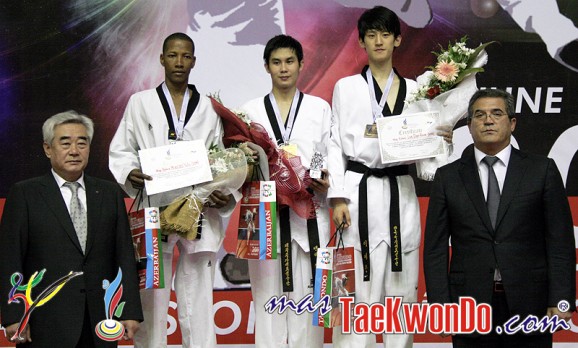 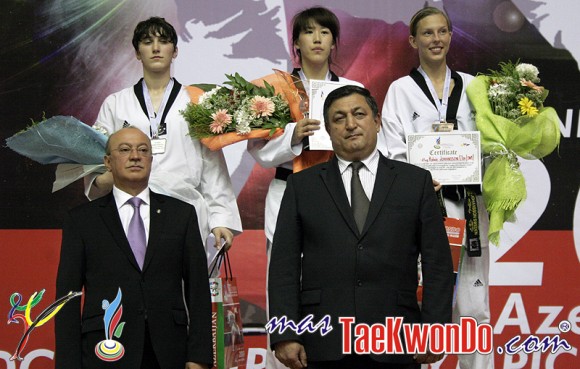