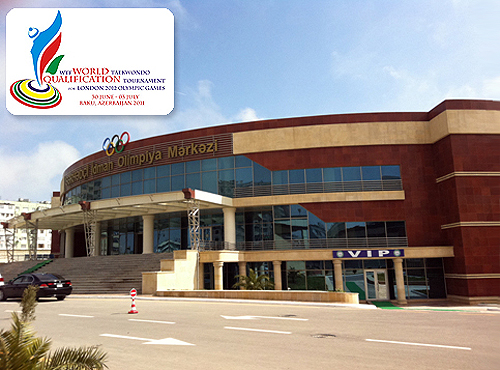 A total of 109 countries submitted their entry forms for 345 athletes, 194 men and 151 women, to the WTF as of the final June 10 deadline. Each country may enter a maximum of two male and two female athletes, with one athlete per weight category.

For fairer judging, the tournament will use a protector and scoring system (PSS) and an instant video replay system. Three courts will be used at the Baku tournament.

A single elimination system will be applied throughout the tournament without repechage. The two finalists in each weight division will qualify their NOCs a place each for the Olympic Games regardless of the results of the final match, while an additional match between the athletes eliminated in the semifinals will be held to determine the third-placed winner.

If an NOC qualified thorough the World Qualification Tournament relinquishes a quota place or has not confirmed the use of the qualified place(s) within two weeks from the moment receiving the allocation letter from the WTF, it will be allocated to the NOC of the next highest placed athlete in the pertinent weight category as long as the quota places for the NOC do not exceed the maximum quota of two male and two female athletes.

Great Britain, the host country of the London Olympic Games, shall not participate in any of the qualification tournaments, as it shall be automatically qualified in two male events and two female events.

Great Britain has informed the WTF that it will send its athletes at the London Olympic Games for the -68kg and -80kg in the men’s division, and -57kg and -67kg in the women’s category.

A total of 60 international referees, including 10 review juries, will officiate at the tournament. The 60 were selected from among participants in the three WTF-organized international referee selection and training camps for the taekwondo competition of the 2012 London Olympic Games.

Compulsory anti-doping tests will be carried out for all the 24 qualifiers and 16 reserve athletes.

At the World Qualification Tournament, medals will be awarded to the top three athletes in the respective weight divisions.

The head of team meeting and the drawing of lots session will take place on June 28 at the competition venue of the Sarhadchi Olympic Center, while the opening ceremony of the tournament will take place at the same venue on June 30.