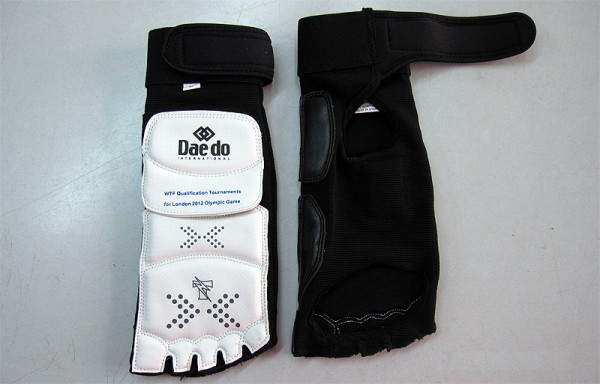 The major change is that sensor position has been moved 2cm towards the heel and again moved 1cm towards outside foot. By doing so, inconvincible points coming from powerless pushing kick have been significantly decreased and ordinary taekwondo techniques such as back kick became easier to score. We are also expecting to see fewer injuries of the athletes as the athletes have had tendency in raising the knee not to allow the other to score with the above-said actions.

Since the new sensing socks have not been released to this date and these new socks will only be accepted to wear at the qualification tournaments, the WTF is committed to providing one pair of new socks to all athletes participating in WTF World Qualification Tournament Baku for free. Besides, new sensing socks will be available at the training venue in Baku from June 25 for free trial during training of the teams and will also be available to buy with special price in the venue.

We believe that this effort will result in much improved taekwondo competitions with displaying much fairer and more exciting pattern.