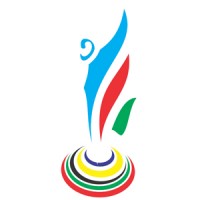 Traditional protector and scoring system and three judges scoring the points as in the old days, was today´s news that took the present members by surprise.

This came following the recent decision by the Organizing Committee for the London Olympic Games in 2012, which determined that Daedo is the providing company of the PSS for the Olympic Games Championships and all the Olympics.

At first everything went normally, but five days before the World Qualifier in Baku, the company LaJUST filed a millionaire lawsuit against World Taekwondo Federation that triggered an almost unimaginable situation: return to the traditional system where judges are responsible for marking points.

Why make this decision?

There were three options:

1) Suspend and postpone the classification.

2) Use Daedo and pay LaJUST an amount close to $ 20 million.

3) Perform the Championship without the electronic system.

From inside the World Federation assures that LaJUST purpose to file the lawsuit just days before the classification would be with the full goal of destroying this event that will take place in the coming days in Baku, since the Korean company would have not shown any intention to negotiate.

Moreover, today we found out about the reason why the company Swiss Timing was blunt that it was impossible to use LaJUST during the Olympic Games, since engineers of this company were present during the recently World Championship in South Korea, a situation that was decisive to confirm Daedo in London 2012.

The organization of the World Olympic Qualifying Championship is confident that the event will be a success even without the Protector & Scoring System. Since the arbitrators that are today in Baku, would be (taking into account the classification process of referees) the most trained and as it happened in the Youth Olympic Games made last year in Singapore, where either PSS was used, it is entirely possible to make a successful event without the Protector & Scoring System.

The main objective now for WTF, is to make the Olympic Selective Continental to use the Daedo Protector & Scoring System, since they assure that the PSS of the Spanish company will be used in London.

There is a sense of displeasure in the World Qualification Tournament impossible to hide, especially when LaJUST attacks with a demand of $ 20 million five days before this important event and there are no signs of dialogue.