In the first five minutes of the game a contestant competed with his counterpart for one minute in accordance with the submitted fight list. Each team submitted their fight list 10 minutes before the start of the competition. In the second half, athletes were freely replaced at any time without limit after an athlete carried out at least two exchanges of techniques.

The weight categories of the male athletes were -68kg and -74kg. No electronic protectors were used. The Team match drew great attention from the media and from the spectators and techniques were executed with great speed. Russia won the friendly team match 18-16.

It remains to be seen if this kind of team match will be continued in the future on a greater scale. 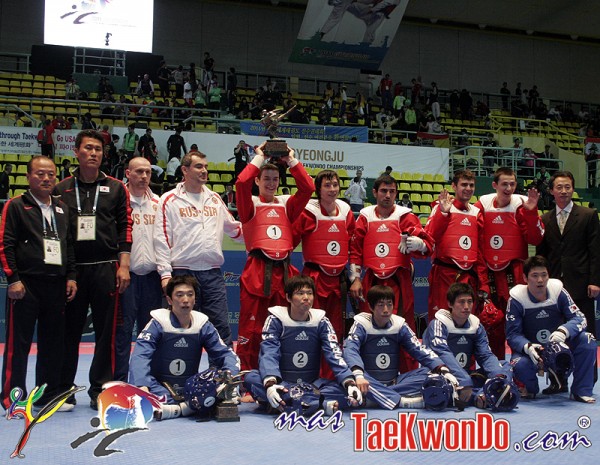 2 thoughts on “Taekwondo competition between teams”