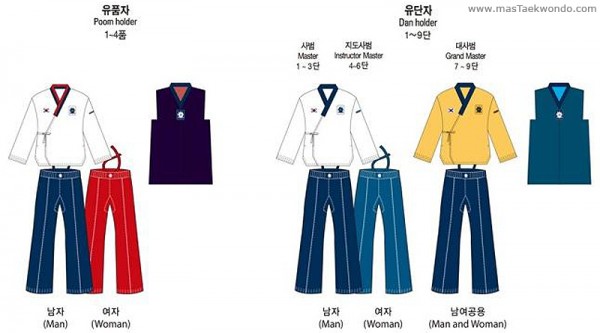 Last week, World Taekwondo Federation (WTF) sent all the official documents to all Members of the National Associations to notify that after the next World Taekwondo Poomsae Championship in Vladivostok, Rusia, at the end of July, all athletes must use the new competition uniform designed exclusively for Poomsae events.

This initiative emerged from a meeting the WTF had on Beijing on May 2007. The main idea was to begin using this new uniform until the 2nd World Taekwondo Poomsae Championship. However, there is a 4 year delay on the implementation of the proposal. 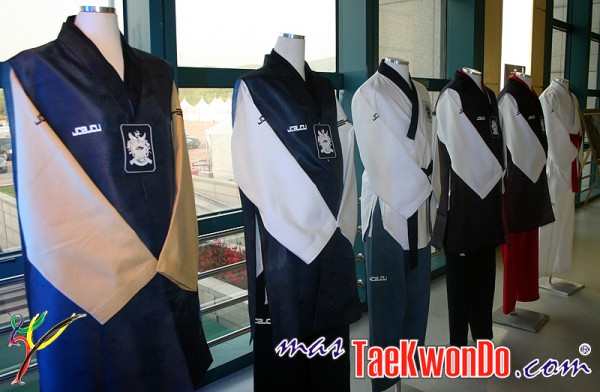 During all this time, the WTF had been informing about this idea, without being done completely. Furthermore, the majority of the WTF Associated Members are concerned because less than 2 months are left for this event.

Because of this situation, the WTF has signed an agreement with the Korean company “Dolsilnai Co.” (They already had a contract since 2006 for the development of this new competition uniform) stating that the uniforms will be given free to the athletes on the Worldwide Competition.

As the web page of the company Dolsilnai indicates, the goal is to create a practical and attractive uniform.

Regardless of this, the athletes will confront many obstacles. There are many athletes that have not seen the uniform as of yet and they will not have the opportunity to practice before the event.

8 thoughts on “Poomsae Worldwide Championship has a new uniform”