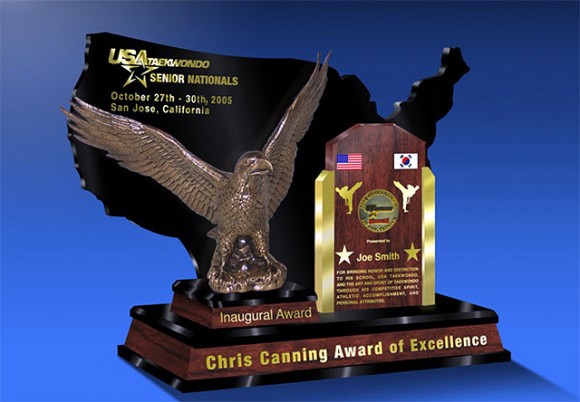 The five finalists for this year’s award are:

The Chris Canning Award of Excellence was adopted in honor and tribute to Christopher James Canning, an accomplished martial artist, who died accidentally in June of 2001, at the age of 15. Chris was an honor student, a star athlete for his school in football, basketball, and baseball, a classical pianist, worked at an animal shelter, and helped the homeless and needy. In just four years as a martial artist, he earned his first degree black belt in Taekwondo, was a member of 11 state teams, won over 30 medals at the national and state level including 15 state and three national titles, was an AAU All American, member of the US Elite team training at the Olympic Training Center, invited to the U.S. Gold Team training and was a five-time athlete of the week and Illinois’ USNTF athlete and student of the year.

He has been honored by the President of the United States, a speech was made in tribute to what he accomplished and represented on the U.S. Senate floor in Washington, D.C., he was honored by the House of Representatives, and received two National Service Organizations President’s awards for his community service. In addition, he has been inducted into the U. S. and World Martial Arts Halls of Fame and six other International Halls of Fame, has four national and six international awards given out in his name in U.S., Canada, Ireland, and England, and received 12 special recognition awards from martial arts legends and organizations worldwide. At last year’s Senior National Championships a special recognition by Mr. Jim Scherr, CEO of the United States Olympic Committee, was given to his family for Chris living his life as a representative of the Olympic Ideals and for his personal, academic, artistic, and athletic excellence. Just recently, Chris was honored by the Taekwondo Hall of Fame as the 1st recipient of the “Youth Excellence Award”, inducted into the World Organization of Martial Arts Athletes hall of fame in Ireland, and declared as the “Most Outstanding Junior Martial Artist of the Past Decade”. 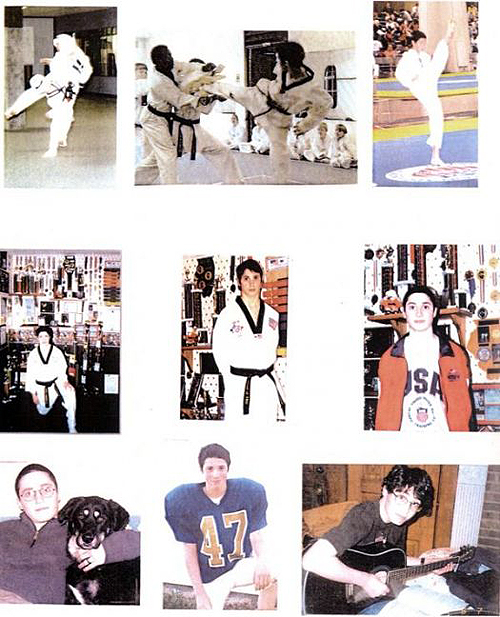 The Chris Canning Award of Excellence is presented to the one martial artists who most exhibits what Chris represented and achieved. He or she has excelled academically, gained national and interanational acclaim as a martial arts competitor, given back to the community they live in and demonstrated the same personal attributes as the awards namesake.

Previous winners of the Chris Canning Award of Excellence