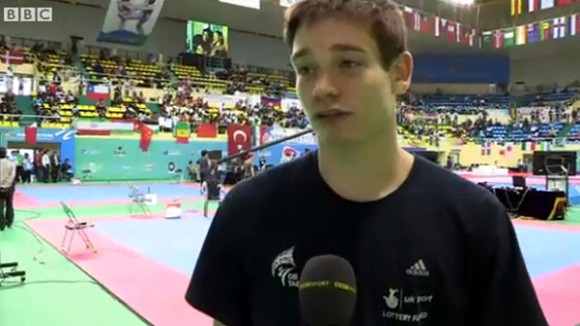 The -80kg fighter entered 2011 as the world number one, but suffered a surprise opening round defeat at the World Championships in May.

“We’re sad to lose any athlete with talent, but it’s his decision and we respect that,” said performance director Gary Hall.

Rumours of unrest began to come to light in the aftermath of his world championships elimination. Speaking in Korea, Cook told BBC Sport that it was “back to the drawing board.”

“I was rubbish,” said Cook. “One or two kicks and I was stopping, it’s not myself, a new coach has tried to introduce new things and improve my game, but unfortunately it hasn’t gone well for me this year.

“Maybe I need to get back to what I used to know, kicking people around the ring when I was 16. I’m 20 years old and I’m going out in the first round, it’s just not good enough,” reflected Cook.

Keen to banish memories of his painful defeat in Korea, the Dorset-born fighter travelled to Austria earlier this month and restored some confidence with a winning return.

However, the field was significantly weakened by the number of elite fighters who were away preparing for the forthcoming World Olympic qualification tournament in Baku, Azerbaijan and GB taekwondo performance director Gary Hall admitted there was “still a lot of thinking to be done” to help Cook to return to the kind of form which saw him crowded the 2010 European Champion.

Despite weeks of talks and negotiations between British Taekwondo and Cook’s management team, a resolution could not be found.

“Aaron’s had a good stint since 2006 and done really well, but the last six months haven’t gone to his plan and to his expectation and his view is that he’s going to do it in a different way and we respect his decision,” said Hall.

“He’s not finished as part of the GB Team at all, he’s just gone away to pursue his own plan and we wish him the very best with that.” 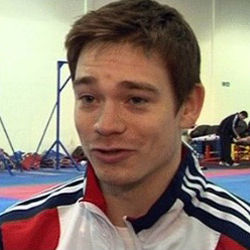 Cook will now lose the Athlete Personal Award (APA) he receives from UK Sport and therefore will have to fund his own training and travel costs.

Despite being outside his sport’s elite performance programme, Cook can still qualify to represent Great Britain at major events, including next years London Olympics.

His -80kg division was selected by the sport’s national governing body at the end of May and should he manage to enter and win key international open events over the coming year, then he could gain selection for the 2012 team.

“The door is always open to any athlete with talent,” Hall told BBC Sport.

“We’d be happy to work with him again, but at the same time he’d have to be happy and feel ownership and empowerment of his own programme, which we felt he had here.”

Mahama Cho, who’s heavyweight division was not selected for the 2012 Olympics has decided to step away and focus on university studies, whilst High Performance coach, Nelson Miller has returned to his homeland in Holland.

Despite the changes performance director Hall insists that the team, who won a record four medals at last month’s WTF World Championships, are in a “good place” and insists that “exciting times” are ahead.

“This year has been the best year in our history and it isn’t finished yet,” added Hall.

“It’s been a great step-up and although Aaron didn’t achieve this year others have and that’s testiment to the staff, the ethos within the programme and the athletes.

“All of the World Championship medallists are still here and they are all vying for Olympic selection, whilst we’ll have another four or five athletes introduced into the academy very soon and I fully expect them to deliver exceptional performances in the future,” concluded Hall.