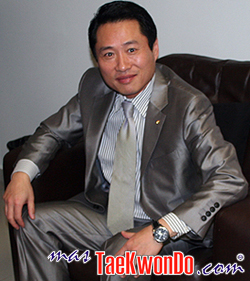 Undoubtedly, PATU is not going through good times nowadays,  not only in the sports area but also in the political area. Two bronze medals for a Continent is not a good balance.

During an exclusive interview last year, PATU president said: “I am sure that Asia and Europe are strong, but my intention is to be in the same level or even to win them”. It necessary to clarify that during the World Championship held in Korea, America was not able to be at the same level of Europe or Asia, even worse, Africa showed a better level than America.

During the interview, we asked Ji Ho Choi: “You always say that PATU is doing a lot of work, but what kind of job do you have within an organization like PATU?. He replied: “PATU is a sports organization and our main objective is to organize sports big events in a professional way”

Thinking about Choi´s answer back then, we ask ourselves now, “Was the Pan-American Qualifying Championship organized in a professional way?

Analyzing the organization of the Peru Championship, we can see that it was full of erratic performances in the organization, in the sports area and even in the finance issues.

Before making the decision to publish this note, we got in touch with Master Ji Ho Choi, who was very upset with our interviewer, and assured that “masTaekwondo lies in everything that has published about PATU.  I can assure you that the organization was excellent in all aspects”

During the PATU Assembly held in Lima, Perú, Mr. Yunggi Jeon, President of the Perú Federation said that due to the shortage of funds, the event would not have the video replay system. Ji Ho Choi supported Jeon´s words assuring that the Peruvian government did not support financially to the organization of the Championship and all PATU members should understand the situation. However, some of the federation presidents complained that the organizing committee should, at least, guarantee the video replay system in a event, as important as the Panamerican Qualifying Championship.

Based on Jeon´s comments and Choi´s ratification on the financial issue, we asked Choi about the news published in the Sports Peruvian Institute official web page, in which they assured that a total of 225,000 Peruvian soles (approximately $80,000 USD) were granted to the organizing committee  in order to support the organization of the event.

Choi, very upset, replied: “That is totally false. masTaekwondo is a lier. MasTaekwondo journalists are mean and they always lie”

Additional to the funds given by the Sports Peruvian Institute, we must add the registration fee (32 countries, $300 for each team, female team and male team; a total of $15,000), and official hotels commission, which, oddly, had to be paid only in cash.  Furthermore, we know that the Coliseum, where the event took place, was given at no cost by the National Army; however, fans who wanted to attend the competition were charged.

After the chaos experienced in the Lima event, Ji Ho Choi sent a message to all PATU members saying:

“On behalf of the PATU Executive Council, I would like to extend my sincere gratitude for your support and participation at the PATU Extra Ordinary General Assembly and Pan Am Games Qualification Tournament held at Lima, Peru.

I would also like to express our deep appreciation to Mr. Younggi Jeon, the President of the Peru Federation and the members of the organizing committee for their dedication and hard work to make a successful event in Lima”

If we base our analysis on how the events developed in Lima, we do not know exactly which parameters Choi uses to determine when something is successful or a total failure.

Trying to ignore Choi comments on us being liars, during the interview, we changed the subject and asked about issues concerning directly with the competition, for example:  the Knock-outs.

As we know, the Pan American Qualifying Championships for Guadalajara 2011 had a double eliminatory system. In this way, the athlete who lost a match which let him/her advance to the following stage, could compete again in a double eliminatory and had new chance to advance.

The athlete had the opportunity to compete in a double eliminatory system, if he/she did not loose the match by a knock out.

WTF rules explains it clearly in the Article 18:

Procedure in the event of a Knock Down

1. When a contestant is knocked down as the result of the opponent’s legitimate attack, the referee shall take the following measures:

1) The referee shall keep the attacker away from downed contestant by declaration of “Kal-yeo (break)”.

2) The referee shall count aloud from “Ha-nah (one)” up to “Yeol (ten)” at one second intervals towards the downed contestant, making hand signals indicating the passage of time.

2. Procedures to be followed after the contest

Any contestant suffering a knockout as the result of a blow to the head may enter competition within thirty (30) days of the knockout with the written approval of a physician designated by the pertinent national federation.

According to the latter information, we asked Choi his opinion on the fact that some athletes who had lost by KO in the preliminary matches, had the opportunity to fight again in a double elimination system, and that  the  graphic results did not show the first result.

Choi´s sharp remark was that “there was never a knock out. None of the doctors determined that it was a knock out. The information is totally fake; there was not any problem of that type during the event. You want to damage the event organization, you were there and you lie when you say that it was a KO.”

Taking into account Choi´s new comments on us being liars, we decided to publish the match video of Gerardo Torres, Puerto Rico against  Heiner Oviedo, Costa Rica, in the Fly category. You can see that the Costa Rican defeated his rival by a KO; however, the graphic results showed that Torres from Puerto Rico had been defeated 10 to 3 points.

After watching this video, and  also taking into account  the article published by the Sports Peruvian Institute, it is evident that masTaekwondo does not lie;  far more different from what  Choi said to  the PATU members in his message:

“Along with all EXCO members, PATU is aware that there was a few movements to sabotage this event on the first day of the tournament, but the majority of the MNAs demonstrated their unity by upholding PATU’s integrity and extending their patience with the OC to assure the success of this event.

Such negative activities will not be tolerated in the future to uphold the integrity of PATU and to further protect our members and valuable athletes.

It is time for PATU to completely eliminate such negative influences in all areas of operation and move forward to build a professionally dedicated and unified organization in our continent.”

At the end of our conversation with the PATU president, we asked him if he wanted to run for reelection and he answered: “I am capable of doing it, I have the right attitude and all the necessary abilities to have a good performance during an additional period” he said. “masTaekwondo should not confront with me. They should always say the truth. You are very partial, and remember that masTaekwondo exists thanks to PATU. Consequently, we must work together for the future of Taekwondo. You should not damage PATU, as you are trying to do now.”

We think that if Choi says that we lie in facts that we proved to be true, what guarantee do we have that PATU is working in a responsible and transparent way as an organization?