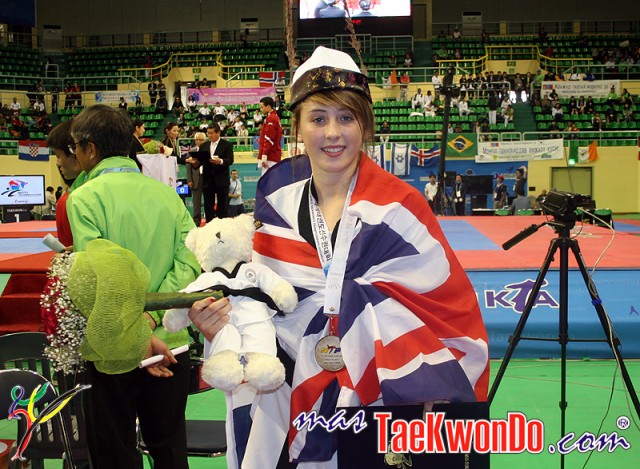 As the host nation, Great Britain is automatically granted four places within the Olympic Taekwondo competition: two weight categories in the male Taekwondo events and two in the female.

The selected weights for Team GB are:

“We have had to select our weight categories for the Games now so as to allow the World Taekwondo Federation to stage their global and continental qualification events over the coming months. Clearly we’d love to be able to select GB athletes in each of the male and female categories, giving us eight medal chances, but we only have four spots available and therefore it’s a very difficult decision to reach.

“We’ve looked at performances across recent international events as well as the major championships such as the Europeans, and the recent World Championships, and have selected the weight categories that we feel give us the best chance of medal success in London next year. We have a fantastic squad in Manchester as well as other talented athletes across the country and I’m confident that there will be keen competition within the squad to fill the places on Team GB over the next 12 months.

“We also shouldn’t lose sight of the fact that our Performance Programme is also geared at taking a longer term approach to developing talent which we hope will deliver success at future Games, such as Rio 2016.”

“The confirmation of the weight categories in which Team GB taekwondo players will compete at the London 2012 Olympics brings clarity to the athletes and allows them to focus on a tangible goal. This announcement allows GB Taekwondo to build on their fantastic performances at the World Championships this month.

Taekwondo is a very exciting and dynamic sport with a great atmosphere in the venue so anybody who has bought tickets to these weight categories at the London 2012 Olympics can be sure that they will see the best of British challenge for a medal next year.”

GB Taekwondo will select and nominate the names of the athletes who will compete at the Games in London to the BOA in May 2012, soon after the European Taekwondo Championships in Manchester. Ahead of that, and following their successful performance at the 2011 World Championships in Korea, British athletes are likely to make their reappearance at the British Open, also in Manchester, on 1-2 October 2011.