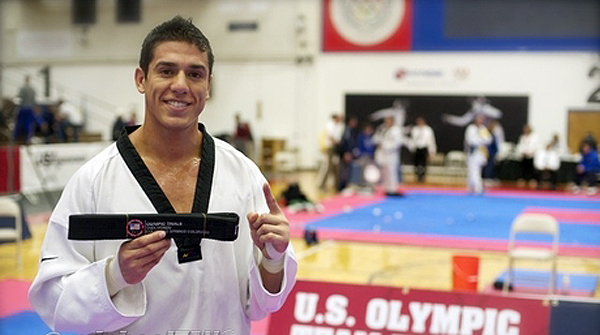 Lopez, 32, earned the right to compete at the World Olympic Qualification Event held next July in Baku, Azerbaijan. A top-three finish at that event would qualify him for his fourth straight Olympic Team. Lopez was Olympic champion in 2000 and 2004, and captured a bronze medal at the 2008 Games in Beijing, China.

On Sunday, Lopez won four consecutive matches in the double-elimination format to win the male light/welterweight division (149.7 – 176.0 lbs.). He advanced to the finals with a 4-0 win over Luke Ford (Coconut Grove, Fla.), a 4-3 victory over Jayson Grant (Worcester, Mass.), and a 2-0 win over TJ Curry (El Sobrante, Calif.). Curry emerged from the elimination bracket after stopping Daniel Cosmillo (Boca Raton, Fla.) to set up a rematch with Lopez. In a final that went right down to the wire, Lopez pulled out a 6-5 win to capture the event.

He will join his younger sister, Diana Lopez (Sugar Land, Texas), and Terrence Jennings (Woodbridge, Va.) at next summer’s World Olympic Qualifier. Diana Lopez and Jennings captured the bantam/featherweight titles on Saturday. A second female athlete and weight division that will compete at the World Olympic Qualification Tournament will be determined by the results from the 2011 WTF World Championships held May 1-6 in Gyeongju, Korea.