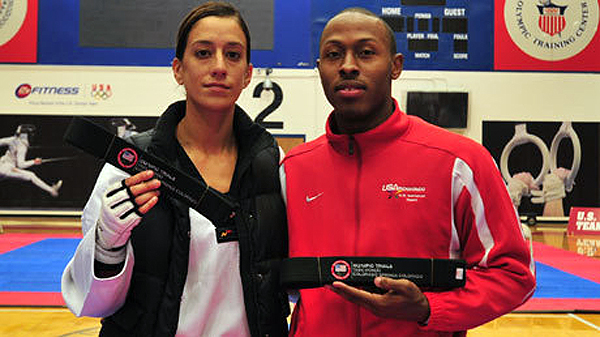 Lopez would return to action to face Brian Gallagher (Highlands Ranch, Colo.) in the finals of the elimination bracket. Earlier in the day, Lopez scored a 1-0 win over Gallagher, but Gallagher responded with a 2-1 win in the second matchup to bounce Lopez from the competition.

The final would follow the pattern of tight matches seen throughout the day with Jennings prevailing in overtime to win the division.

Diana Lopez also went undefeated in the female bantam/featherweight division (107.9 – 125.4 lbs.) by winning four consecutive fights. She began the day with a 2-1 victory over Sanaz Shahbazi (Sacramento, Calif.), then recorded a 5-1 win over Nicole Palma (Lake Worth, Fla.) and a 2-1 win over Danielle Holmquist (Coral Springs, Fla.) to reach the final. Paige McPherson (Sturgis, S.D.) emerged from the elimination bracket with a 3-2 win over Holmquist to earn the right to face Lopez in the final, but Lopez prevailed with a 2-1 win.

Jennings and Diana Lopez will now advance to the World Taekwondo Federation’s World Olympic Qualification Tournament in Baku, Azerbaijan, July 16-19, 2011. A top-three finish there would earn a berth in the 2012 Olympic Games in London, England.

The second female athlete and weight division that will compete at the World Olympic Qualification Tournament will be determined by the results from the 2011 WTF World Championships held May 1-6 in Gyeongju, Korea.