The 2nd World Youth Taekwondo Camp was held in Seoul and Muju, Korea, from July 26 to 31, 2010. The camp, promoted by the Taekwondo Promotion Foundation in cooperation with the World Taekwondo Federation, drew 350 participants from 27 countries. It featured various colorful events on top of taekwondo training courses, such as: taekwondo musical performance, visit to the Kukkiwon, temple stay, and etc.

The inaugural event was held as part of the IOC-IF 2009 development program. The camp, which was jointly promoted by the World Taekwondo Federation and the Taekwondo Promotion Foundation, drew about 260 athletes and officials from 33 countries. 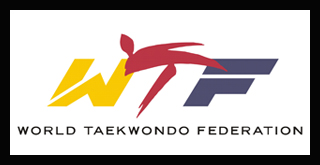 As part of the WTF Solidarity Program, the WTF organized sparring training courses for athletes and coaches in the first half of 2010 in partnership with Kyung Hee University. The session was held from May 3 to 28 for coaches and from June 28 to July 23 for athletes. Each course lasted four weeks.

In the second half of the year, training courses for poomsae and demonstration are scheduled. Coach course will be held from October 4 to 30, while the session for athletes will be from November 22 to December 18. Each session lasts four weeks and accepts up to 20 participants. The training fee and board will be provided by the WTF.