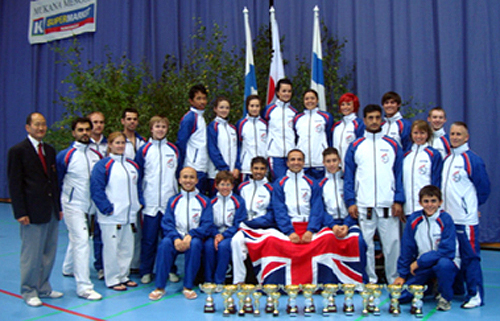 Following a string of successful results at major International events as well as dedication and hard work the BTCB Poomsae Committee are pleased to announce the following athletes who will represent Great Britain at this years WTF 5th World Taekwondo Poomsae Championships which will be held in Tashkent, Uzbekistan from 8-12th October:

This is the largest team Great Britain has ever sent to the World Championships and hopes and expectations will be high for a successful championships. There is a great mix of experienced players who have competed at previous editions of the competition as well as several new faces who are hoping to make their mark on the World stage.

Twice European Bronze medallist Master TW Shin who reached the finals at the last three World Championships will be competing for the first time in the 3rd Masters category which is a new division for +61 years old and goes someway to prove taekwondo has no barriers when it comes to age.

Our Junior athletes who have been selected again following a good performances at this years national championships as well as Austria and Finland A-Class Opens will be aiming to improve on their World rankings from last years World championship. British Champions Guntur Dwiarmein and Sydney Craven both achieved medal success at the events and as well as representing the country in their respective individual categories they will also be competing in the highly competitive 1st Pairs division.

Midlands Regional Coach Chan Sau who will be competing for the first time in the 2nd Senior Male category, as well as 1st Team Male with Jay Deane (Livingwell) and Mitchell Connolly (Milton Keynes UTA), will be aiming bring home further silverware following Gold medals secured at the recent Korea and Finland Opens.