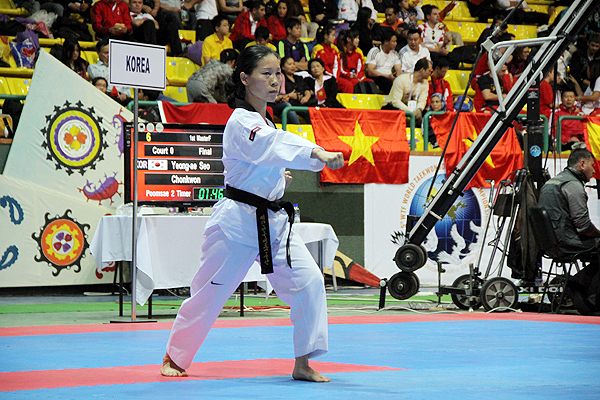 The three-day event, which took place at the Universal Sports Palace Uzbekistan, drew a total of 446 athletes from 59 countries.

Korea clinched nine gold medals and two silver medals to grab the overall title of the championships, followed by Vietnam with two gold medals and one silver and one bronze.

Mustafa Yilmaz of Turkey, the gold medal winner both in the men’s 1st master division and the men’s 2nd team category at the just-ended championships, was chosen as the male MVP.

Korea’s Young-Ae Seo, the gold medal winner in the women’s 1st master division to become the five-time world champion, was selected as the female MVP.

The Good Fighting Spirit Prize went to Finland, Lebanon and Peru, while the Active Participation Prize went to Colombia, the Democratic Republic of Congo and Libya.

The third and final day of the poomsae championships featured five categories.