The WTF-promoted event, which takes place at the 2,800-seat Universal Sports Palace Uzbekistan, drew a total of 447 contestants, including 194 females, from 59 countries.

In terms of the number of athletes for the Tashkent event, Spain topped other participating countries as it fielded 24 athletes, followed by Turkey with 20 athletes. Host Uzbekistan, Russia and Germany fielded 19 contestants each, while Iran and the United States dispatched 18 athletes each. 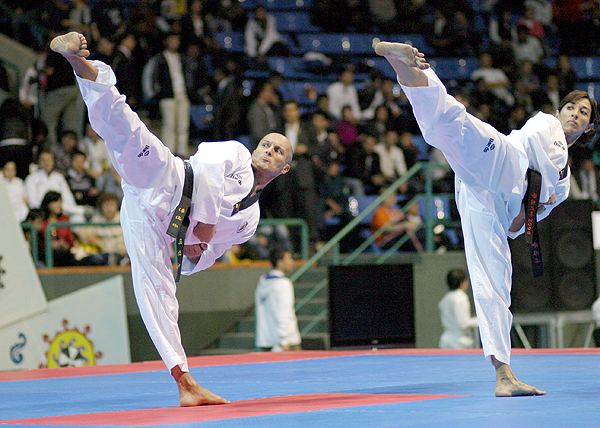 Korea won two gold medals and two silver medals on the first day, while Great Britain clinched two gold medals. Turkey and Russia earned one gold each. Host Uzbekistan and Vietnam won one silver and one bronze each. China and Spain grabbed one silver each, while Italy and Iran took home two bronze medals each. 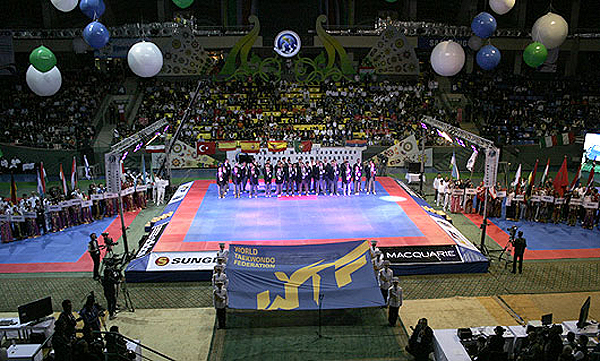 In the afternoon, there was an opening ceremony of the World Taekwondo Poomsae Championships.

“While other WTF events show the dynamic nature of our sport, the World Poomsae Championships display the beauty of taekwondo. The control and intricacies of each move create an artistry that no other martial art can offer,” said WTF President Chungwon Choue at the opening ceremony of the event.

WTF President Choue continued to say, “Marking the 5th edition of these championships adds yet another milestone to an already prestigious year. Taekwondo has been part of the 1st ever Youth Olympic Games and the inaugural SportAccord Combat Games. Taekwondo poomsae has also been included in the 2013 World Masters Games.”

“In the future, the WTF hopes to develop and transform the poomsae championships further. These changes will allow the athletes to demonstrate their techniques and artistry in their own way. This will allow for tradition and modernization to merge in harmony,” Dr. Choue said.

One thought on “5th World Poomsae Championships Kick Off in Tashkent”