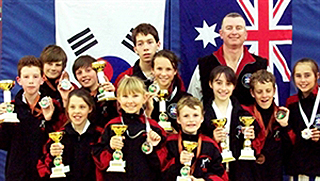 Source: In my Community.

One thought on “Members bring home swag of medals”