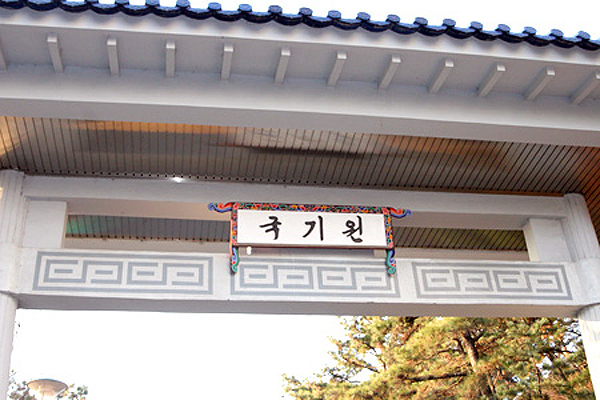 It has been 22 years since taekwondo made its debut on the international stage at the 1988 Seoul Olympics as a demonstration sport. The Korean martial art has made strenuous efforts to promote the taekwondo spirit and is consequently being recognized worldwide among other sports in the same category.

Kukkiwon, the world taekwondo headquarters, has been desperate to spread such discipline among several organizations. The place regarded as a Mecca by both local and international taekwondo practitioners, is now seeking to enable the sport to serve as a diplomatic means as does “hallyu”, a Korean pop-culture syndrome prevalent in Asia and other part of the world.

“Taekwondo is an effective tool for communication with people around the world,” Kukkiwon President Kang Won-sik told The Korea Times.

“The term ‘diplomatic’ does not mean the sport reaches out to the people in a formal way to promote Korea,” he said.

Kang, 73, emphasized the mechanism in relation to hallyu, “As hallyu gradually but consistently grew to draw attention of the young population internationally, leading to favoritism for Korea, Kukkiwon intends to bring worldwide interests to the nation with taekwondo as a bridge,” Kang said.

Since taking office on June 11, Kang has attempted to embrace international practitioners by modifying the Kukkiwon rules on Aug. 31 to include foreigners on the board of directors for the first time ever.

While the decision also aimed at other purposes, putting five presidents of the federation from their respective continents _ Africa, the Americas, Asia, Europe, and Oceania ― it was regarded as a surprising and refreshing move.

The headquarters had been stubborn in keeping only Korean board members, and its function was limited to governing administrative missions such as teaching, testing, and issuing dans ― an proficiency term for ranks with black belts.

The organization is taking steps to bring its overseas disciples altogether, with the aim of publicizing Korea.

“All these and other measures were intended to discontinue the concept of ‘Koreans only,’ ” Kang said.

“Employment of continental representatives as board members is significant, so that the headquarters can grow into an organization dedicated to taekwondo followers and a valuable asset for the nation and the society,” he added.

As a means of reinforcing the unprecedented change of rule, Kang instructed all the Kukkiwon staff to earn a dan.

“I felt the need for every Kukkiwon member to have a background in the sport,” Kang said.

Kukkiwon is now focusing on how the sport can transform itself into an essential tool toward peace and mental spirit.

Kukkiwon was set up in 1971 in southern Seoul and established the WTF which is now run independently. It also integrated 10 “kwans,” the units of the taekwondo community where practitioners train under a master, under the organization in 1978.

Such a move was to develop and facilitate the interactions between the followers that could lead to the organization’s overseas expansion.

Former IOC vice president Kim Un-yong long served as the Kukkiwon president from 1971 until 1991. He played a leading role in the sport making its debut on the international stage, like at the Olympics.

However, his connection with local politics that erupted in a scandal damaged the organization. Kim was criticized for having allegedly exploited the world taekwondo headquarters for his own sake and thus marring the name of the sport.

The organization sought transformation from a juridical foundation to a specially governed one as of May 26 this year.

The separated taekwondo organizations have largely been at odds, bringing confusion to ordinary practitioners. But they have recently begun showing signs of reconciliation.

For instance, Kang and WTF President Choue Chung-won made reconciliatory moves on many occasions. Choue proposed on May the creation of the so-called “Sports Peace Corps,” with the world organizations such as the United Nations (U.N.) and the IOC to achieve peace and harmony around the world, in a U.N.-IOC forum held in Lausanne, Switzerland.

Choue’s suggestion is based on the idea that sports can be effective tools in bringing people together, which was proved with the successful launching of the WTF Taekwondo Peace Corps. The program initiated in 2008 and brought a positive response from youths around the world by providing chances to learn the spirit of the sport.

Kang has a similar vision in that taekwondo is a useful tool to promote world peace.

The corps is endeavoring to implement comprehensive sport-related assistance in many areas including underdeveloped countries. The organization is focusing on offering assistance including equipment, skills and training for local athletes and coaches for any Olympic sport in needy countries to lead them to eventually lean toward Korea.

As of 2009, a total of 207 members of the Taekwondo Peace Corps were sent to 35 countries to teach the culture and virtues of taekwondo, each team comprising of four college athletes of the sport, three taekwondo masters, and an interpreter.

Toward that end, Kukkiwon and the WTF are maintaining close relations under the win-win principle while shedding the still lingering legacies of internal feuds.

Kang is also eager to improve relations with the KTA in order to help nourish taekwondo in a concerted effort. The organization also introduced a working program on Sept. 16 to attract the local teens and adults.

“Many taekwondo practitioners learn the sport when they are children but they give up as they grow older unless they want be professional athletes.”

“The teamwork between Kukkiwon and the KTA would help prompt adults to have further interest in the martial art and promote communications with people around the world,” Kang said.

Kang’s fresh challenge has only just begun and success will depend on collaboration with the other organizations.

2 thoughts on “Kukkiwon reborn as Mecca for taekwondo”