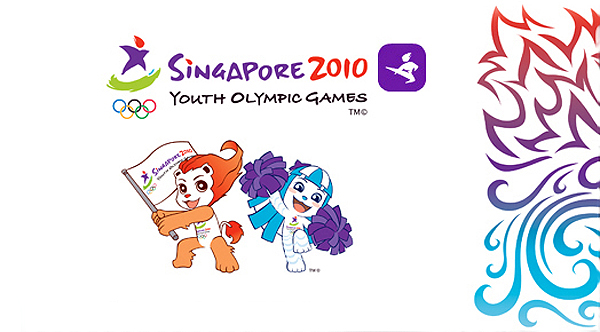 The taekwondo competition of the 2010 Youth Olympic Games, which will take place at the International Convention Center, will draw a total of 99 young taekwondo athletes from 66 countries.

As a special program for the taekwondo spectators, the WTF Taekwondo Presentation Team will make a demonstration at the competition venue for 15 minutes from 7:35 p.m. on Aug. 15, 17 and 19. As part of the IOC-organized Culture and Education Program (CEP) activities, the WTF team will also make taekwondo demonstrations for Youth Olympic Games participants on the third floor of the International Convention Center on eight other occasions, two times a day on Aug. 15, 16, 17 and 18.

A total of 60 athletes, the top six athletes in each of the 10 weight categories at the WTF World Taekwondo Qualification Tournament for the 2010 Youth Olympic Games held on March 3-4, 2010 in Tijuana, Mexico, were qualified for the taekwondo competition. As Russia gave up one male ticket, a total of 59 athletes, 29 male and 30 female, were qualified.

Host country Singapore automatically received a quota place of three male and three female weight categories of its choice, but it decided to field two male and two female athletes.

Seventeen male and 20 female athletes received the Youth Olympic Games berths through the NOC universality places, better known as the wild cards, after tripartite negotiations among the International Olympic Committee, the NOCs and the World Taekwondo Federation. As an athlete from Belgium failed to attend the taekwondo competition because of his recent injury, the number of female wild-card athletes stood at 19.

An instant video replay system will be used for the taekwondo competition of the Youth Olympic Games, but electronic body protector and scoring systems (PSS) will not be used this time.

All the contests will take place at one court of a size of 8 meters by 8 meters, with a single elimination format. Two bronze medals will be awarded to the losers in the semifinals.

In case there is an objection to decisions of refereeing officials regarding scoring, penalties or misapplication of Competition Rules, each coach can request one video review per contest. After receiving the request, the Review Jury will review the pertinent situation on video replay and has to make a decision within two minutes. If the appeal is successful, the center referee will correct the judgment and the coach will retain the reviews request quota. If the appeal is not successful, the coach can not appeal again in the same match. Any coach, who has made two unsuccessful appeals for one athlete at the championships, is prohibited from making any further appeals for the pertinent athlete.

4 thoughts on “Taekwondo Competition of 1st Youth Olympic Games to Kick Off in Singapore on Aug. 15”