The one-day taekwondo competition of the 1st SportAccord Combat Games, which will take place at the University of Science and Technology Beijing Gymnasium, will draw a total of 59 athletes from 27 countries.

An instant video replay system will be used for the taekwondo competition of the SportAccord Combat Games, together with a electronic protector and scoring system (PSS). 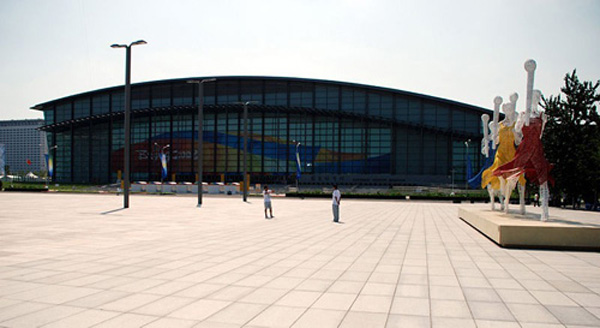 All the contests will take place at two courts of a size of 8 meters by 8 meters, with a single elimination format. Two bronze medals will be awarded to the losers in the semifinals.

In case there is an objection to a judgment regarding scoring, penalties or misapplication of Competition Rules, each coach can make a request to the center referee for an immediate review of the video replay. After receiving the request, the review jury will review the pertinent situation on video replay and has to make a decision within two minutes. If the appeal is successful, the center referee will correct the judgment and the coach will retain the review request quota. Each coach shall have one chance to appeal per contest. If the appeal is not successful, the coach can not appeal again in the same match. The number of requests a coach can make all through the competition is limited to only one. The decision of the Review Jury is final, and no further appeals will be accepted during or after the contest.