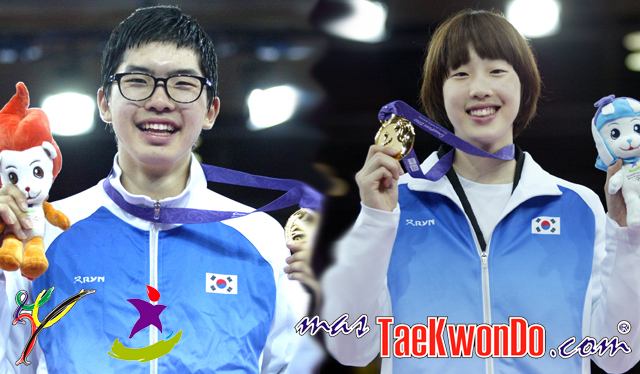 In the women’s -63kg final match, Korea’s Soo-yeon Jeon outpointed Germany’s Antonia Katheder 4-0 in the final match for the gold medal. Jeon advanced to the final match with a superiority victory over the German.

The bronze medal in the women’s category went to Spain’s Nagore Irigoien and France’s Samantha Silvestri.

In the men’s -73kg weight category, Korea’s Jin-hak Kim brushed aside a stiff challenge from Russia’s Aliaskhab Sirazhov in the final match to earn his country the second gold medal in taekwondo. Kim beat Sirazhov 6-4 in the final match.

Kim reached the final match as he came from behind to beat Ukraine’s Maksym Dominishyn 6-4 in the semifinal match.

Ukraine’s Maksym Dominishyn and Lebanon’s Michel Samaha clinched the bronze medal each in the men’s division. 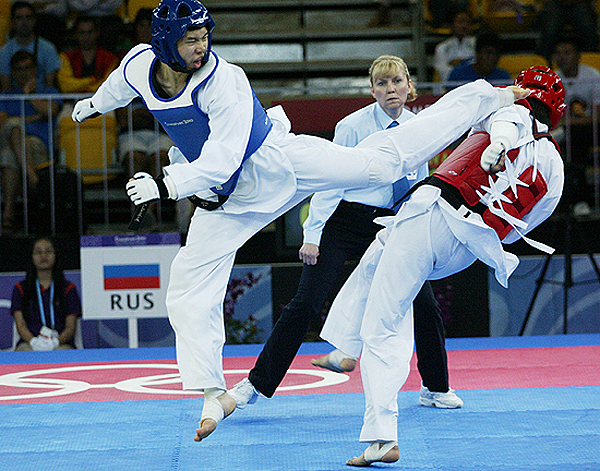 The taekwondo competition, which drew 99 young athletes from 66 countries, takes place on the fourth floor of the Suntec International Convention Center in downtown Singapore. The five-day taekwondo competition ends on Aug. 19, which will feature two weight categories: the men’s +73kg and the women’s +63kg.

As part of the IOC-organized Culture and Education Programs (CEP), the WTF Taekwondo Presentation Team, together with the Singapore Taekwondo Demonstration Team, offered taekwondo demonstration and training sessions for the athletes and spectators on the third floor of the International Convention Center. 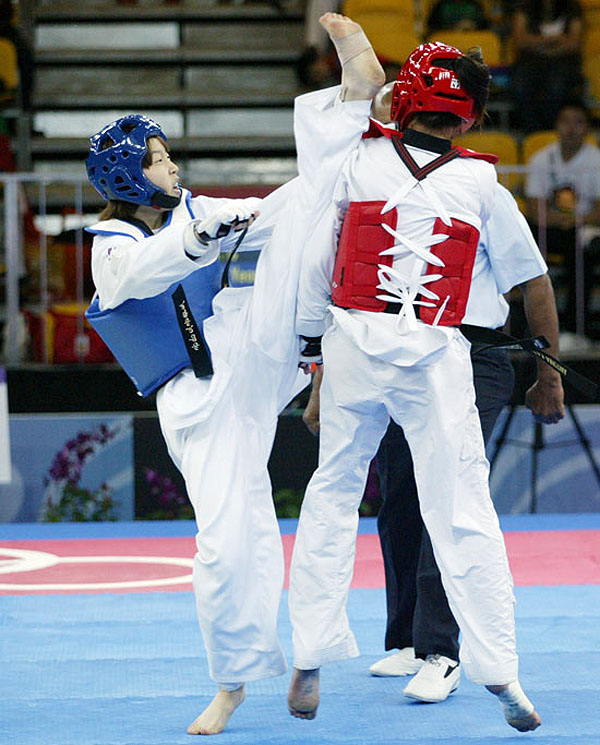 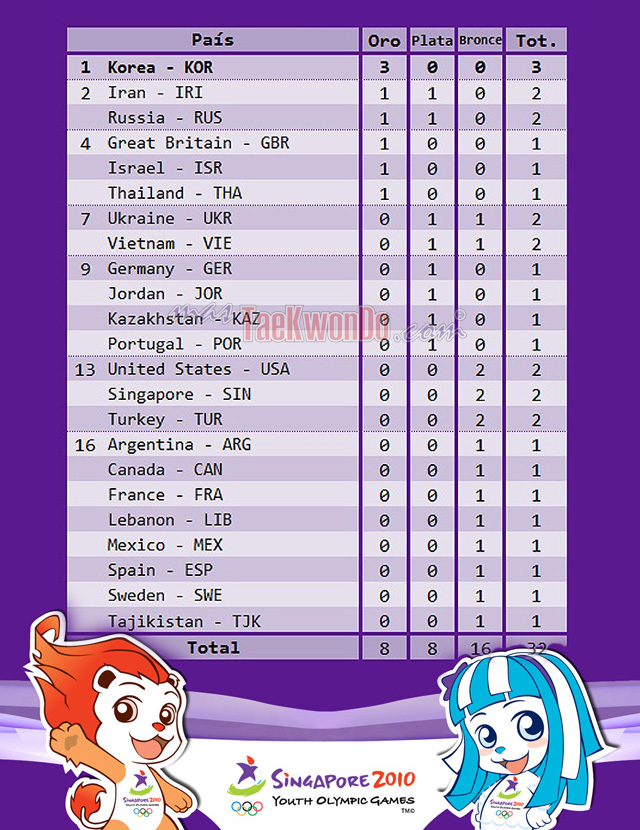