The bronze medal in the women’s category went to France’s Faiza Taoussara and Cuba’s Yuieimi Abreu.

In the men’s +73kg weight category, China’s Liu Chang needed a fourth sudden-death round for the gold medal against Germany’s Ibrahim Ahmadsei. Liu, the second placer at the WTF World Taekwondo Qualification Tournament for the 2010 Youth Olympic Games, advanced to the final round as he outpointed his semifinal opponent from Jordan, Yazan Alsadeq, 2-1.

Jordan’s Yazan Alsadeq and Canada’s Stafan Bozalo grabbed the bronze medal each in the men’s division. 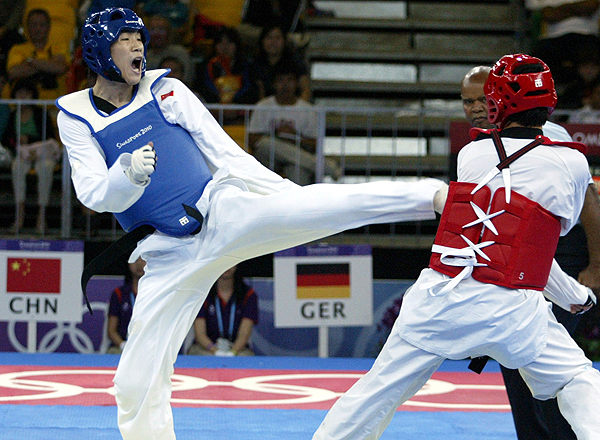 The taekwondo competition, which drew 99 young athletes from 66 countries, took place on the fourth floor of the Suntec International Convention Center in downtown Singapore for a five-day run.

Out of the 66 countries, 26 countries won at least one medal at the taekwondo competition, showing an even level of taekwondo techniques among countries.

According to the medal tally, Korea topped other countries as it won three gold medals, followed by China with two gold medals. Iran and Russia clinched one gold and one silver medal each, while Great Britain, Israel and Thailand each grabbed one gold medal in taekwondo.

The WTF Taekwondo Presentation Team made its final taekwondo demonstration between the semifinal and final rounds for the spectators of the taekwondo competition, drawing big applause from the spectator. 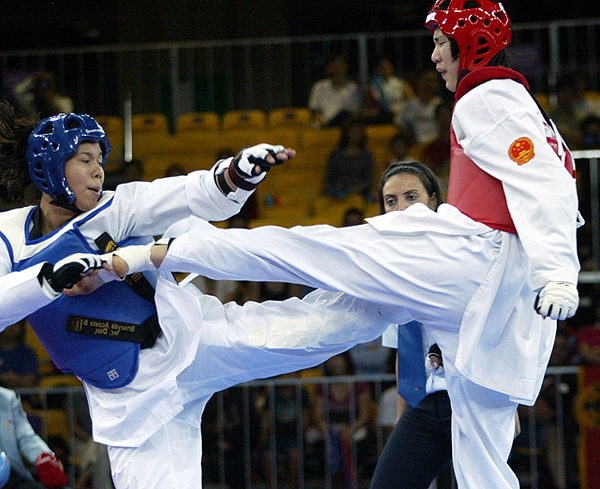 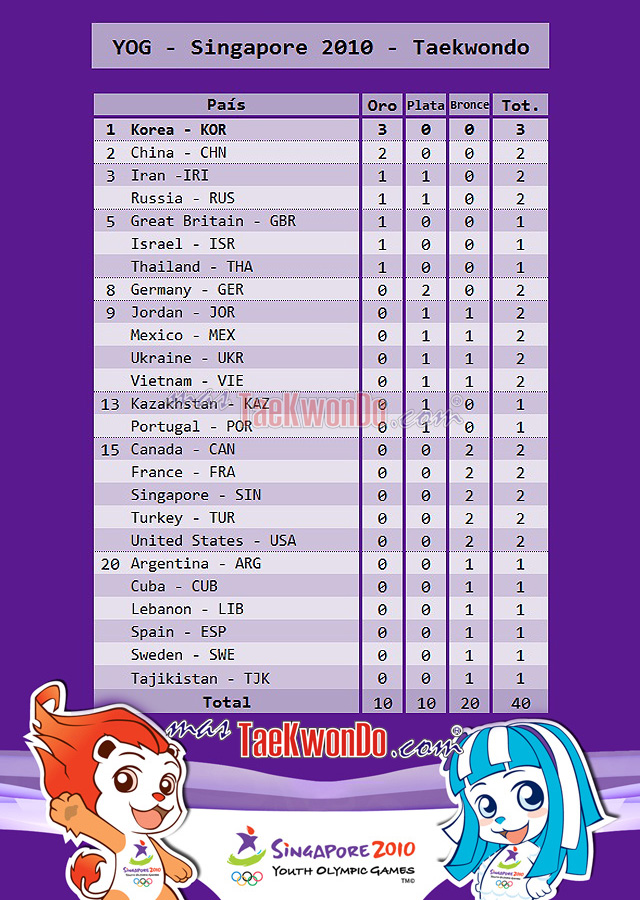