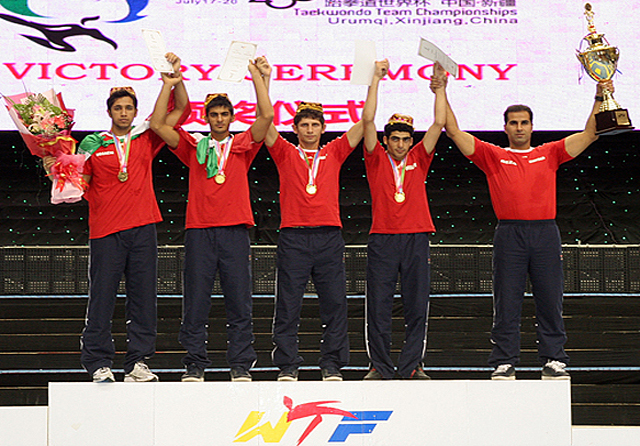 The World Cup event, which took place at the Xinjiang Sports Center Gymnasium, drew 19 male and 20 female teams from 23 countries. All the invited teams fielded four athletes each.

In the men’s final team competition, Iran beat Spain 3-1 to clinch the gold medal. Turkey and Korea shared the bronze medal in the men’s division.

In the women’s division, Korea came from behind to grab the gold medal, while China had to settle for the silver. Korean Wang Hae-ree brushed aside a stiff challenge of China’s Lei Jie in the fifth round of the fifth match to earn her country the gold medal.

The bronze in the women’s division went to Thailand and Turkey.

Electronic body protectors and an instant video replay system were used at the World Cup event. No protests were lodged during the four days of competition. 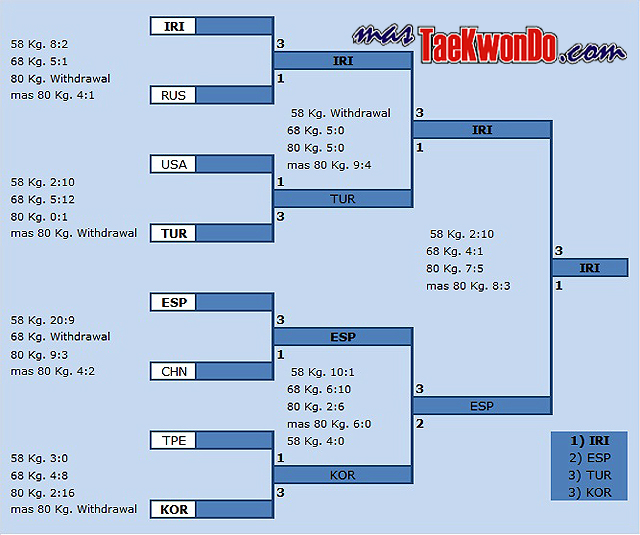 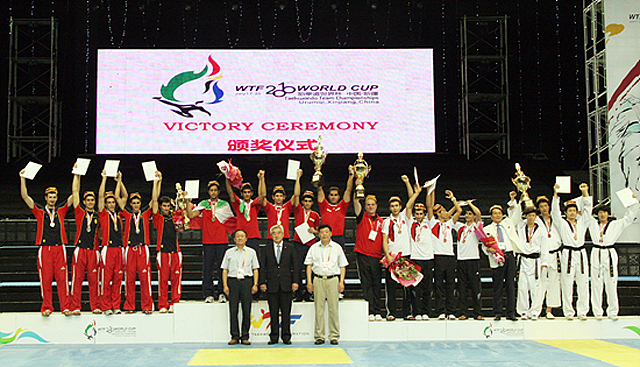