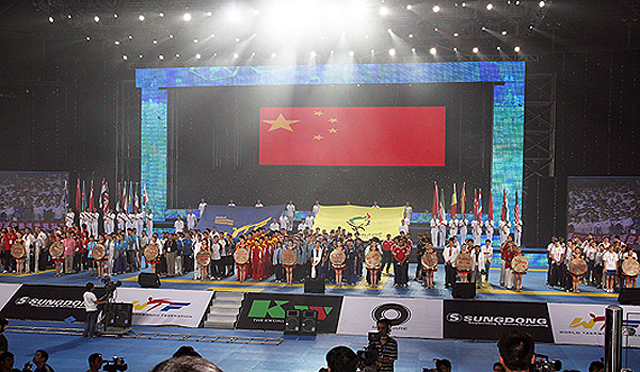 The invitational World Cup Taekwondo Team Championships, which take place at the Xinjiang Sports Center Gymnasium in downtown Urumqi, have attracted 19 male teams and 20 female teams. A total of 210 athletes, including 10 top-ranked players on the WTF Athlete Ranking, are attending this World Cup event.

The participating male and female teams are divided into five groups each and the top five countries at the 2009 World Taekwondo Championships and host China are seeded. The preliminary matches will be held for three days from July 17 on a round-robin format. Top five teams and three best-record teams among the second-placed teams in the men’s and women’s division of the preliminary round will advance to the quarterfinal round. The quarterfinal, semifinal and final matches will be conducted in a single elimination format on July 20.

On July 16, one day before the opening of the World Cup competition, an opening ceremony was held at the competition venue for two hours from 9 p.m. The colorful cultural and dancing performances, as well as the taekwondo performance of the WTF Taekwondo Presentation Team drew big applause from over 2,000 spectators.

In a speech, WTF President Chungwon Choue said, “The WTF World Cup Taekwondo Team Championships are set apart from other events by one characteristic: Team.”“The magic of competition becomes more alive when shared with teammates. The feeling of victory is multiplied and difficulties lessened when they are shared with teammates.”

“This year taekwondo became a part of the European and World Master’s Games. Last month, our sport was confirmed as an optional sport for the Commonwealth Games. And next month the top takewondo youth athletes will be part of the first ever Youth Olympic Games,” WTF President Choue said.

Shortly prior to the opening ceremony, WTF President Choue presented a letter of appointment to 40 international referees who officiate at this World Cup Championships. 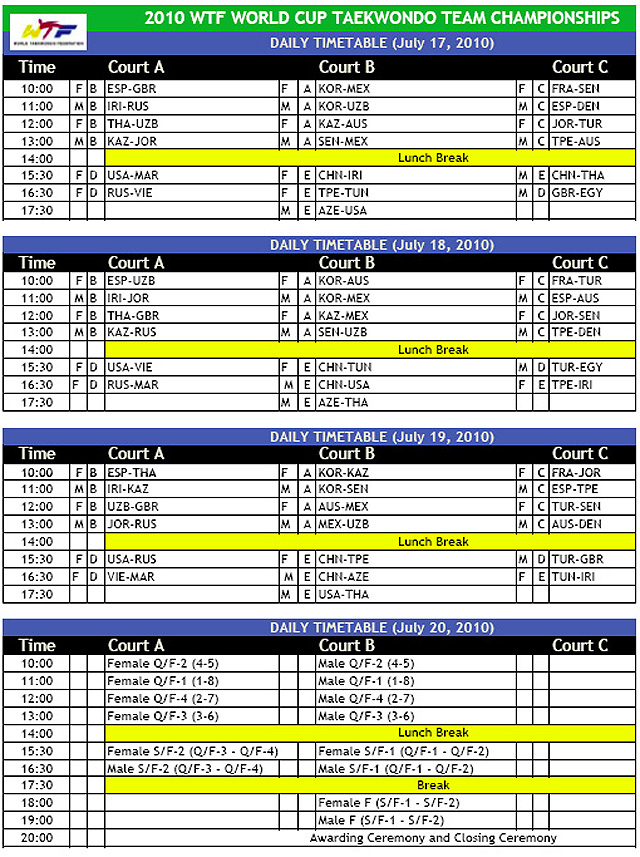